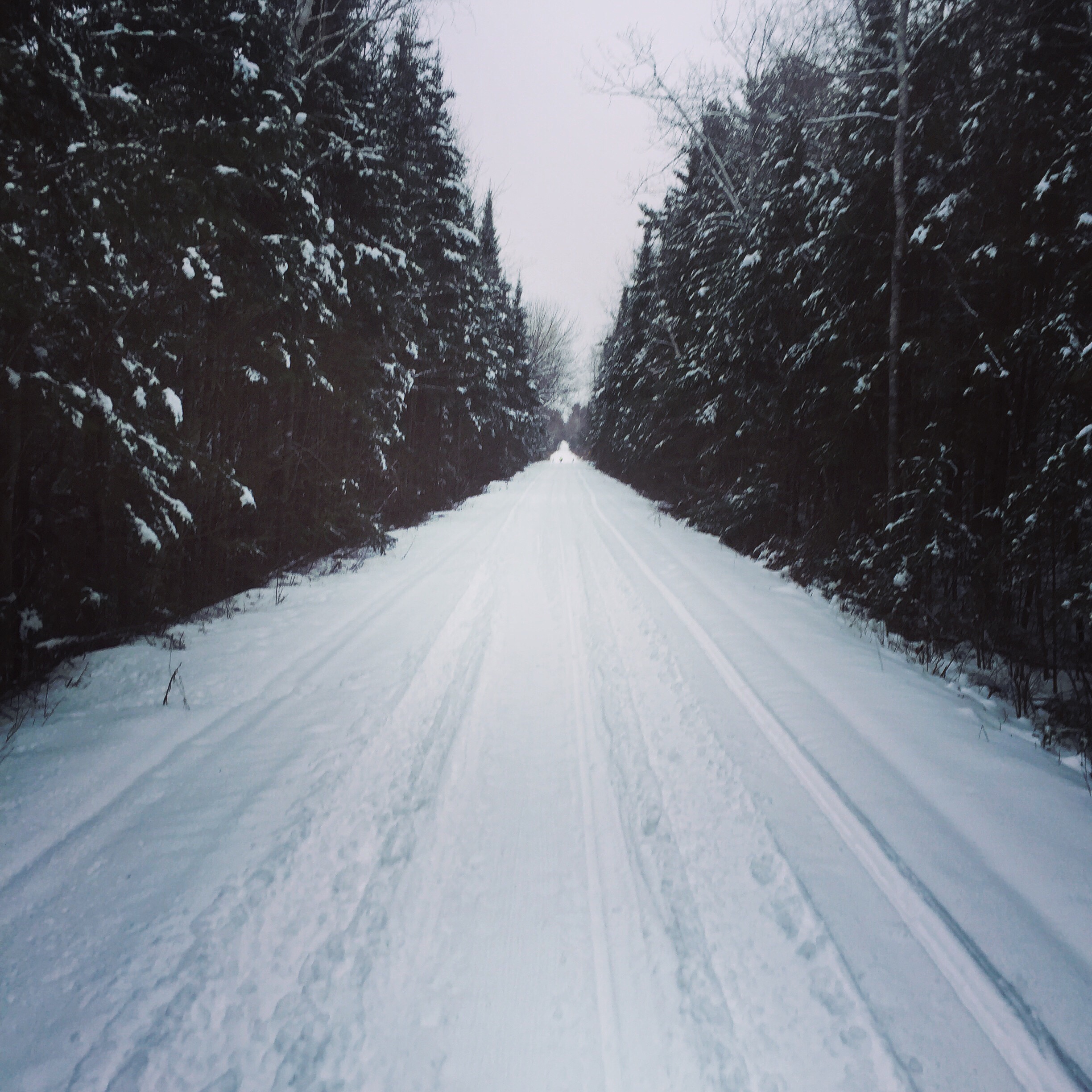 New Bike Race
Let’s race the new bike
Bang out a solid five laps
When my legs blow up,
Cruise the last lap, enjoying
The trees, the trail, and the bike 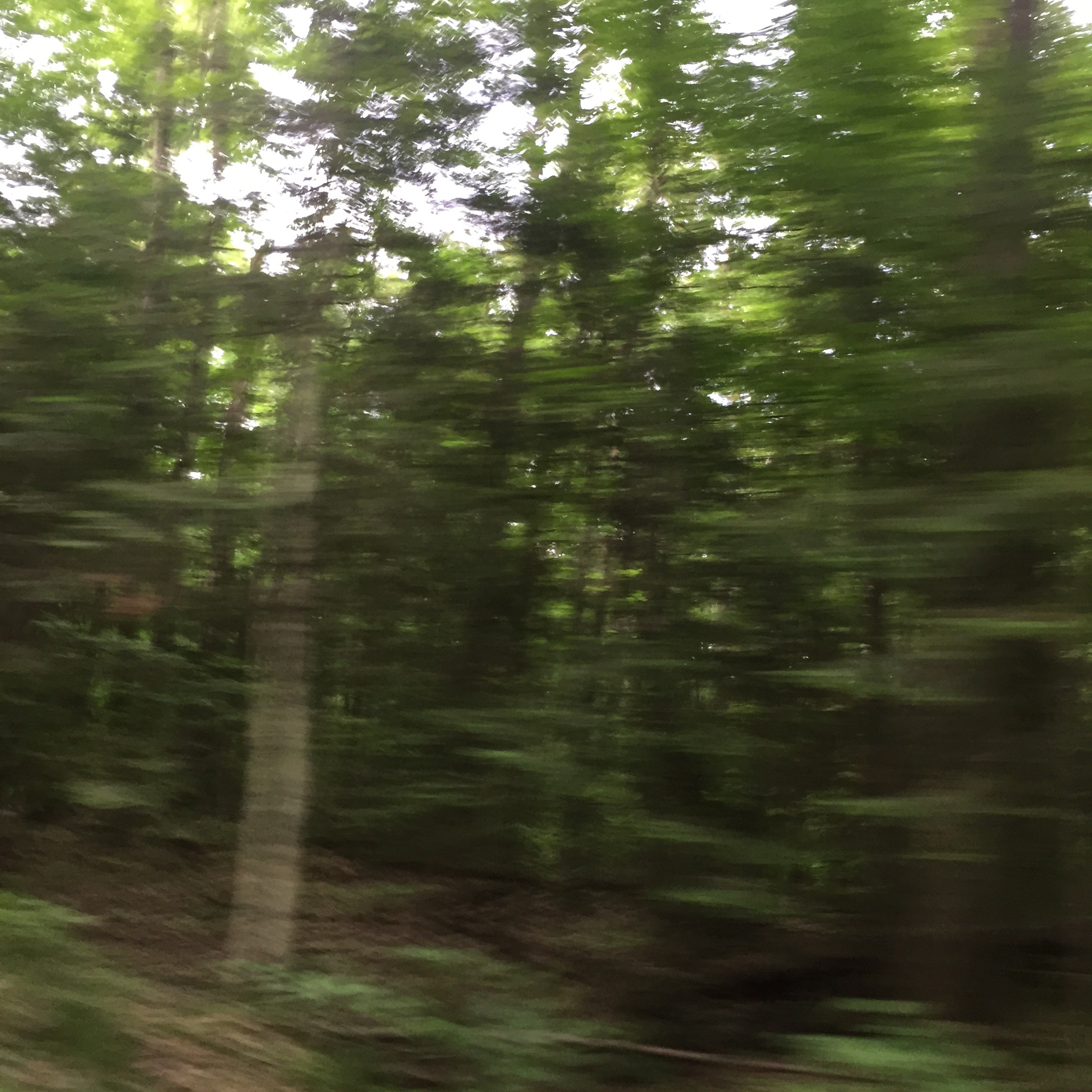 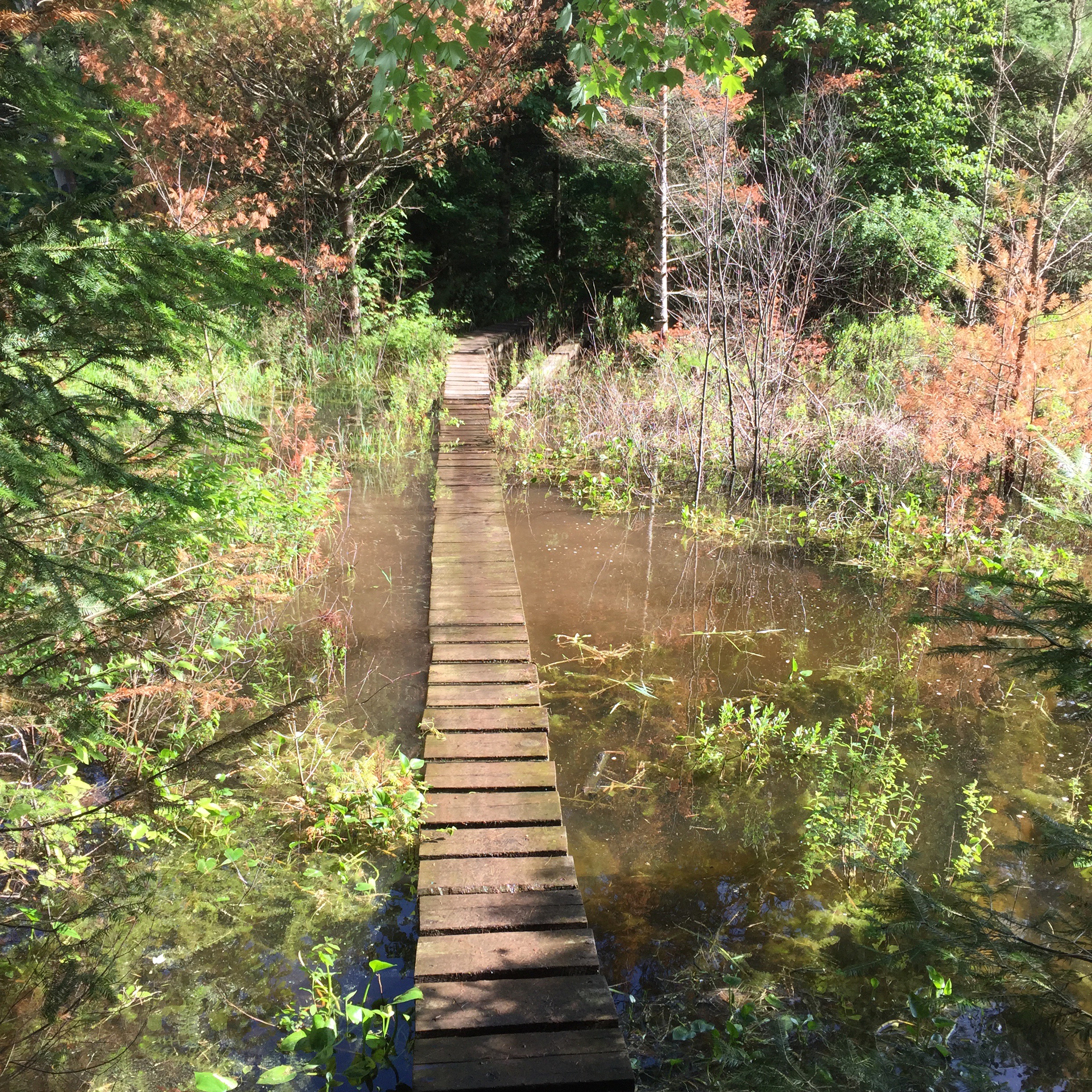 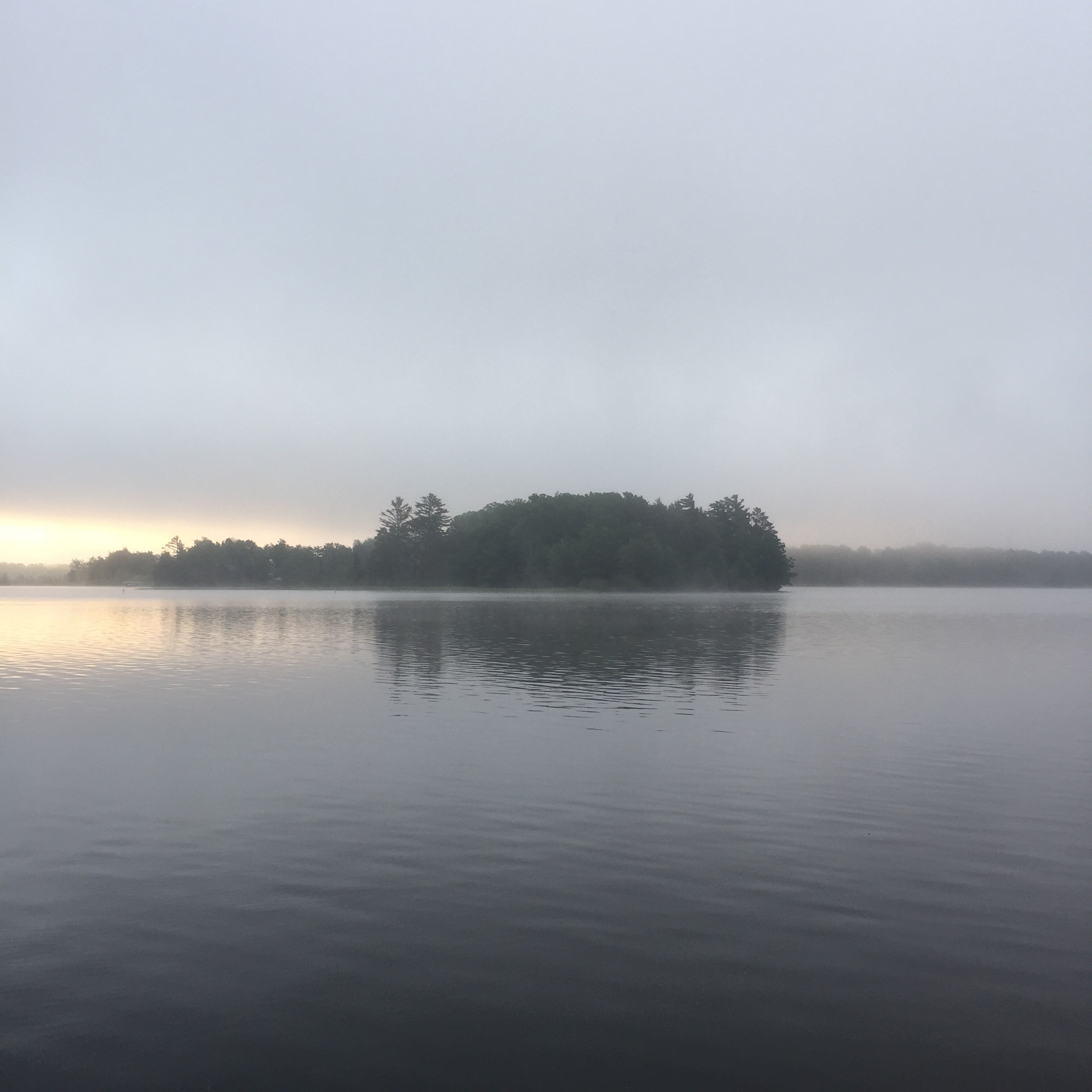 On Bear Point, I saw
Only gift shoppe bears
I didn’t see loons
But I heard them on the lake
Invisible dinosaurs 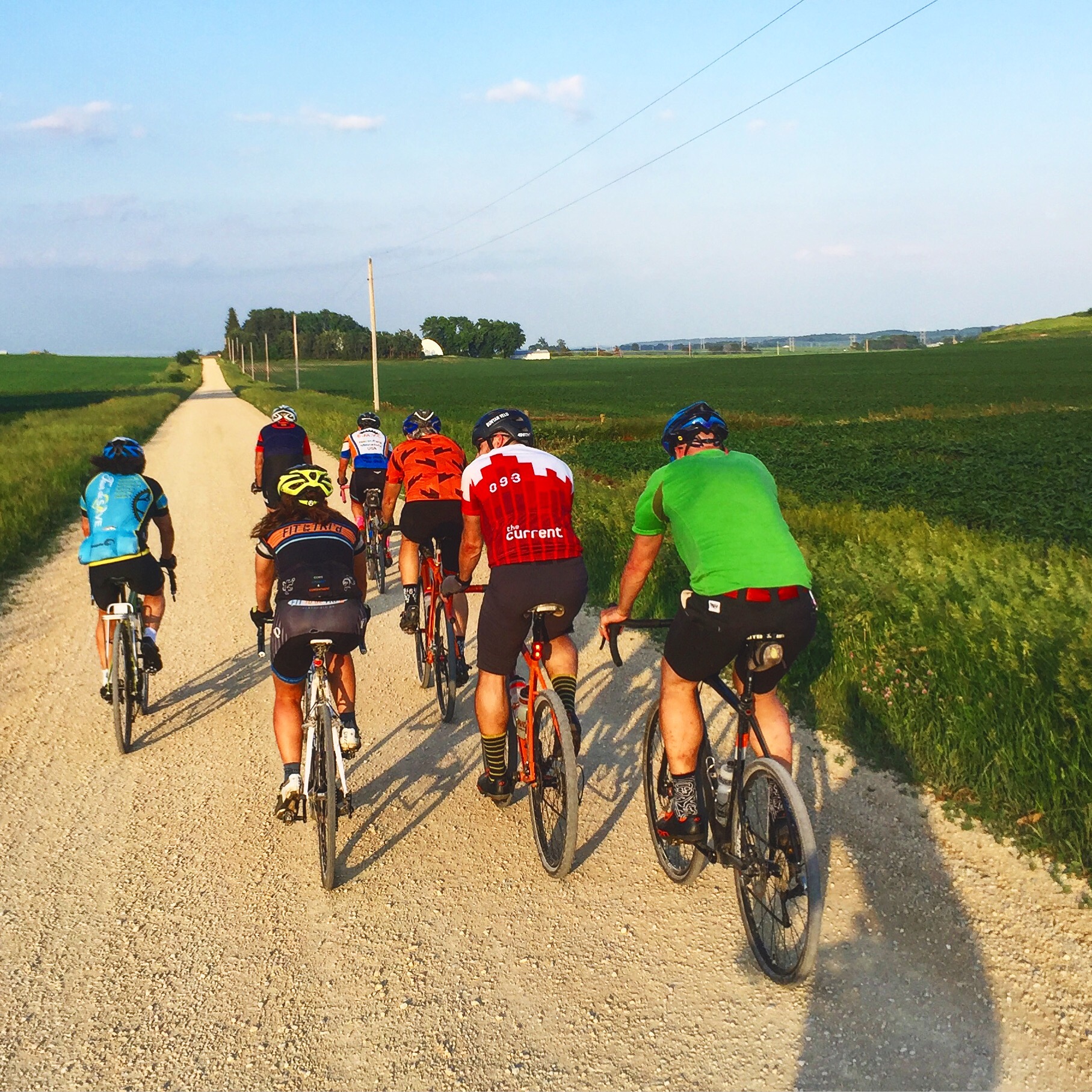 Tuesday night gravel
Means facing the hot headwind,
Soaking up the views
Into the river valley,
Then riding tailwinds back home

(After John McPhee, The Survival of the Bark Canoe) 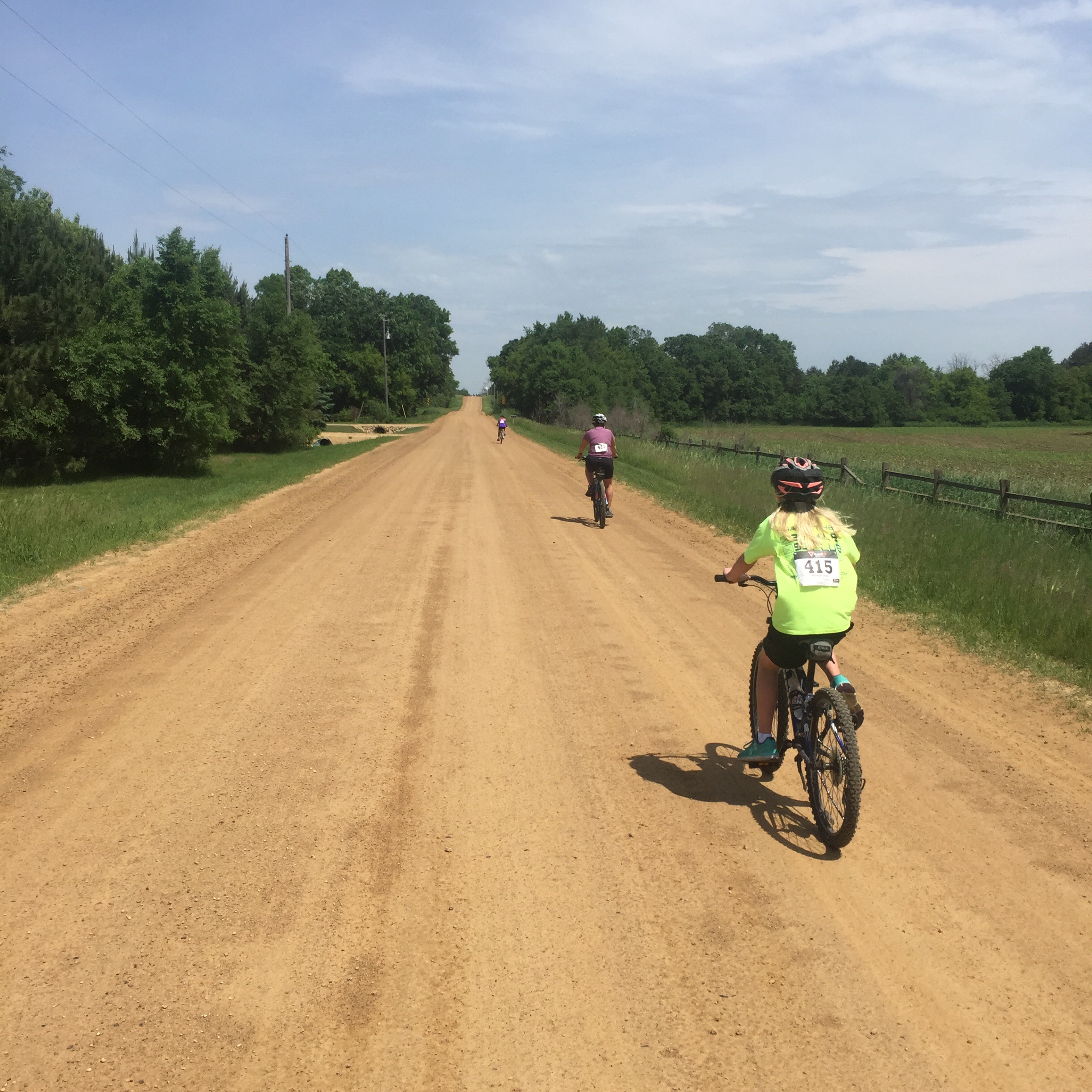 Spring Trails
I veer down the trail
Trying not to roll over
Any sticks, in case
One is really a little
Snake, bathing in sun-warm dirt 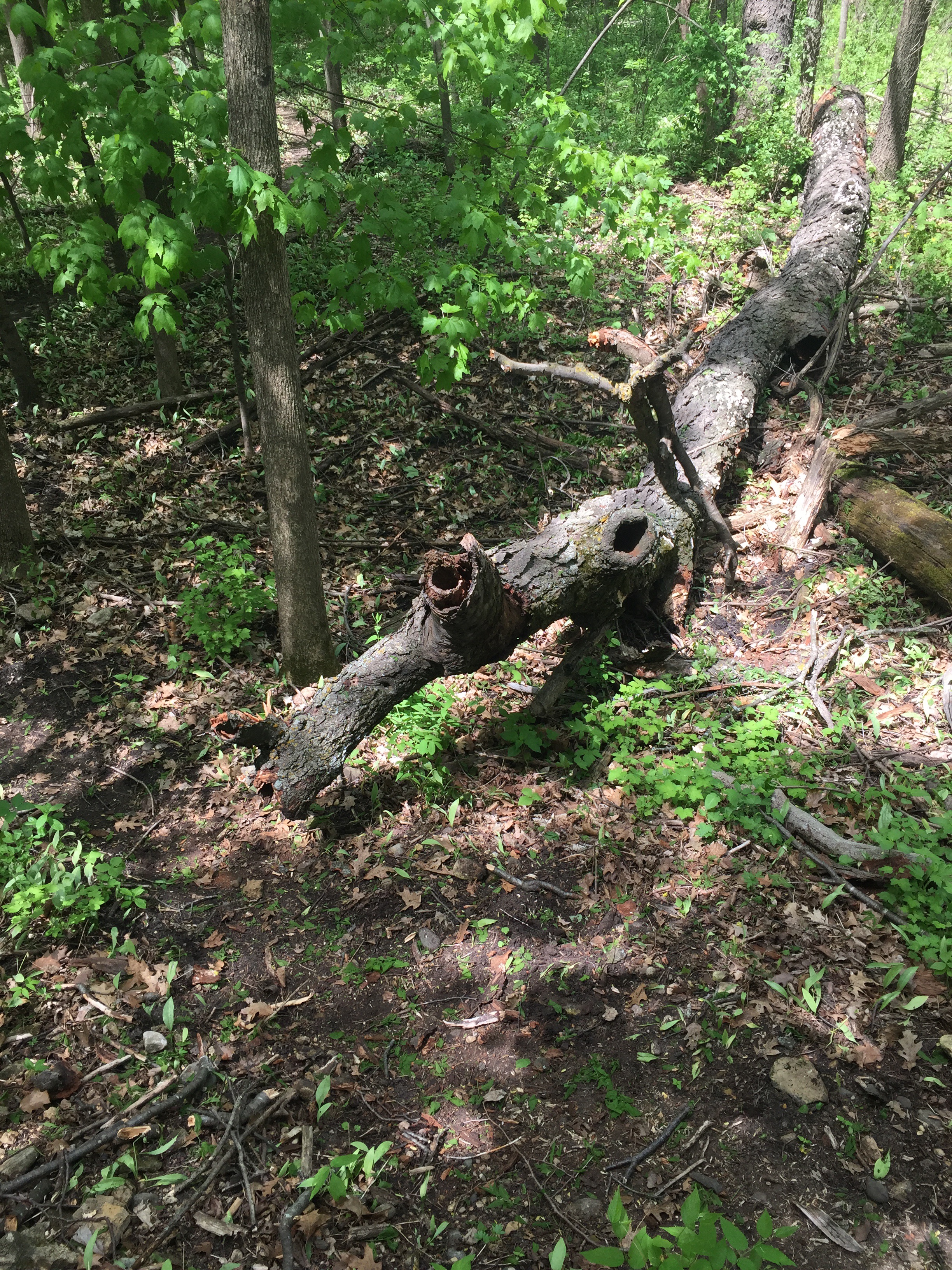 Did It Make a Sound?
That tree that fell on
The hairpin curve on the trail
Seems miraculous
Shade and perches crashing down
Creating sunlight and soil

I’d planned on a long outing on my bike today, but found that Mother’s Day wasn’t working like that, so instead I rode over to the hardest trails in town. I planned to focus on my weakness, which is maintaining speed on technical sections, and definitely got some good practice. I wound up doing ten laps of a short loop that demands a lot from me if I want to go fast (or at least fast-ish)  – a stretch that has one rock garden, some sharp ups and downs, a few hairpin corners, numerous tight passages between trees, and several narrow bench-cut ledges with loose dirt and stones.

Overall I did well, riding more smoothly than I did last year and feeling like I’m on a training path that will pay off with better results at the Cheq 100 in June and the Marji Gesick in September. I did push it a little too far a few times, grazing some trees and even once riding off the trail into the thicket. I scraped up my forearm, but it’s just a flesh wound, a bloody little reminder that if you’re not crashing, you’re not trying.

Just as I turned for home, I noticed that my bike computer wasn’t on my handlebars anymore. 15 minutes of slow walking around the loop paid off when I spotted the device in the weeds. See the yellow nicks in the tree from my handlebars? 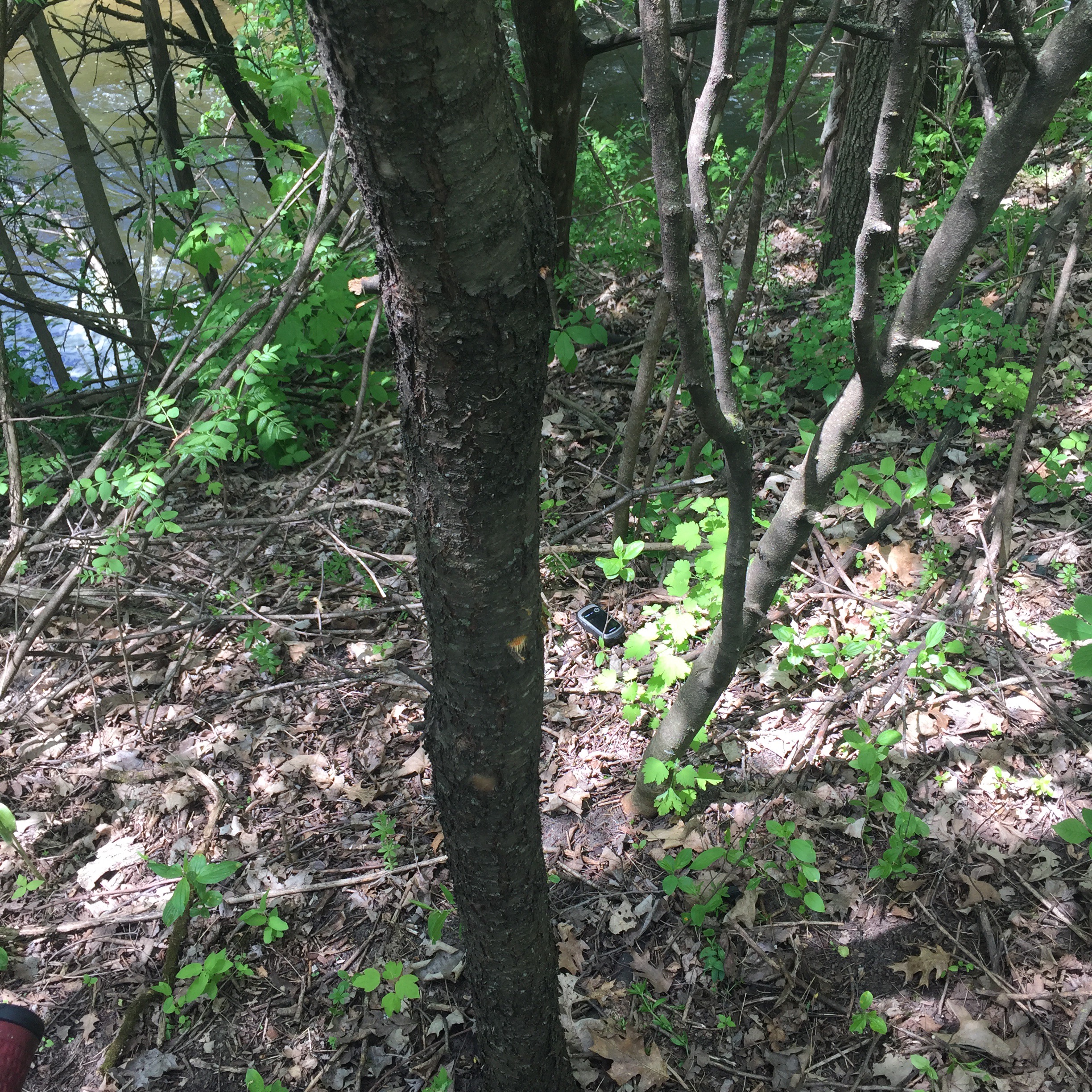 Sweat and blood are familiar aspects of mountain biking to me, the off-season equivalents of ice beards and chapped lips. The oddest part of the ride had come earlier, as I rode into the heart of the trails. Just after one tough switchback, I had to stop sharply because a massive old tree had fallen across the trail. 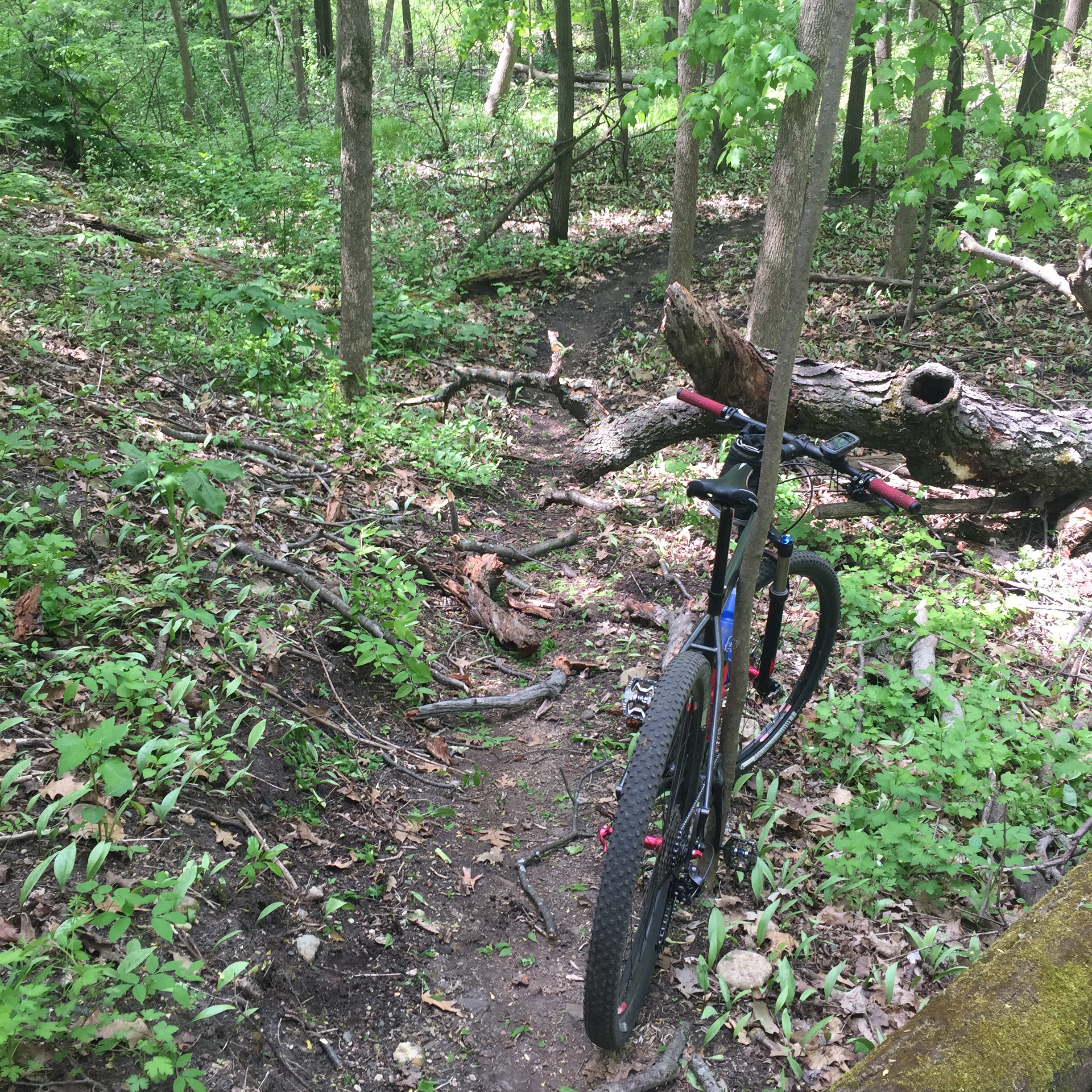 I had ridden through this same trail late on Saturday afternoon, so I knew this monster had fallen in the 18 hours since then. I wonder if it made a sound? 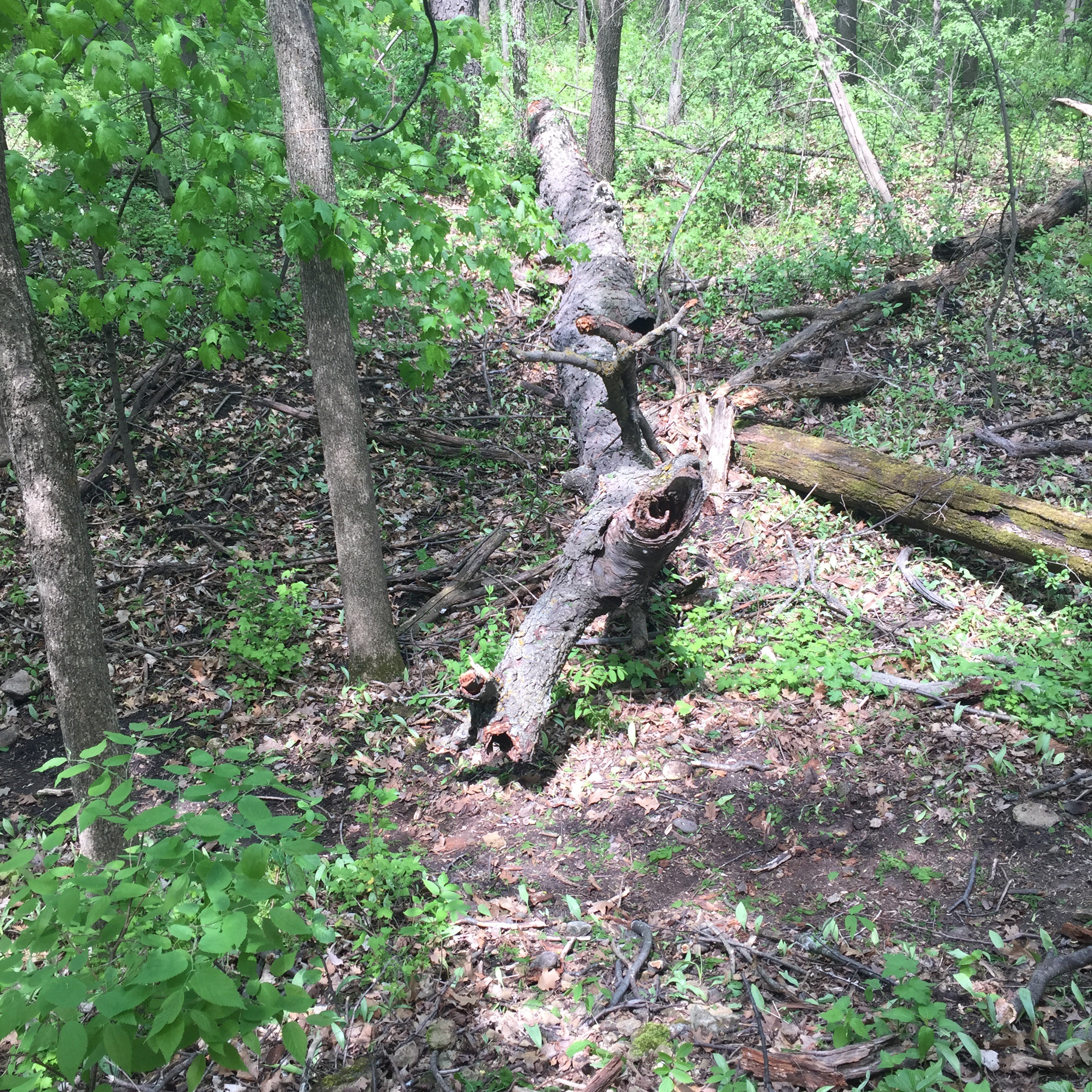 I broke off enough smaller branches to allow riders to pass along the trail, but cutting the main trunk back will require a chainsaw. A little human intervention will hasten the tree’s return to the dirt it shadowed for decades.

Riding, I’d never
Use a four-letter word to
Describe a driver.
Not when longer words
Are much better to mutter.