It’s apparently pretty easy to title books on Antarctica. On the other hand, if a book has “end of the earth” in the title, it’s probably pretty good. 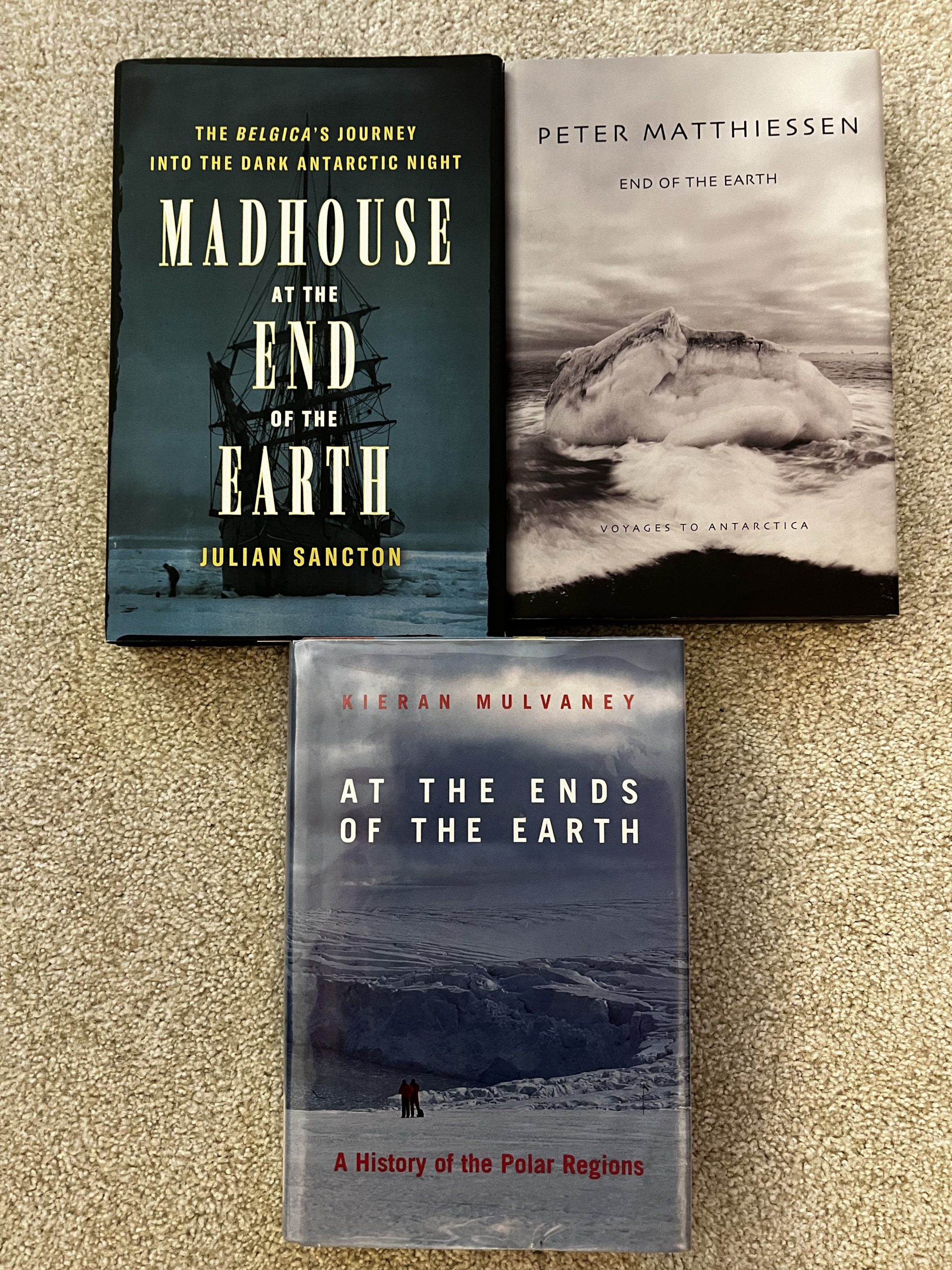 The Sancton book is a gripping account of a near-disastrous 1897-1899 expedition led by Adrien Gerlache to the Antarctic Peninsula — discovering many of the places I’ll see next month, but also getting trapped in the ice and barely surviving.

The Matthiessen book comprises two long, beautifully written essays on eco-tourism cruises that Matthiessen took in the 1990s, one to the Ross Sea south of New Zealand, the other to the Antarctic Peninsula. I hope my experiences there are more like Matthiessen’s than Gerlache’s!

Finally, the Mulvaney book is, uh, a history of the polar regions. I haven’t finished it yet, but the sections on Antarctica look to cover both exploration and subsequent use of the continent for science, whaling and sealing, etc. Should be good!