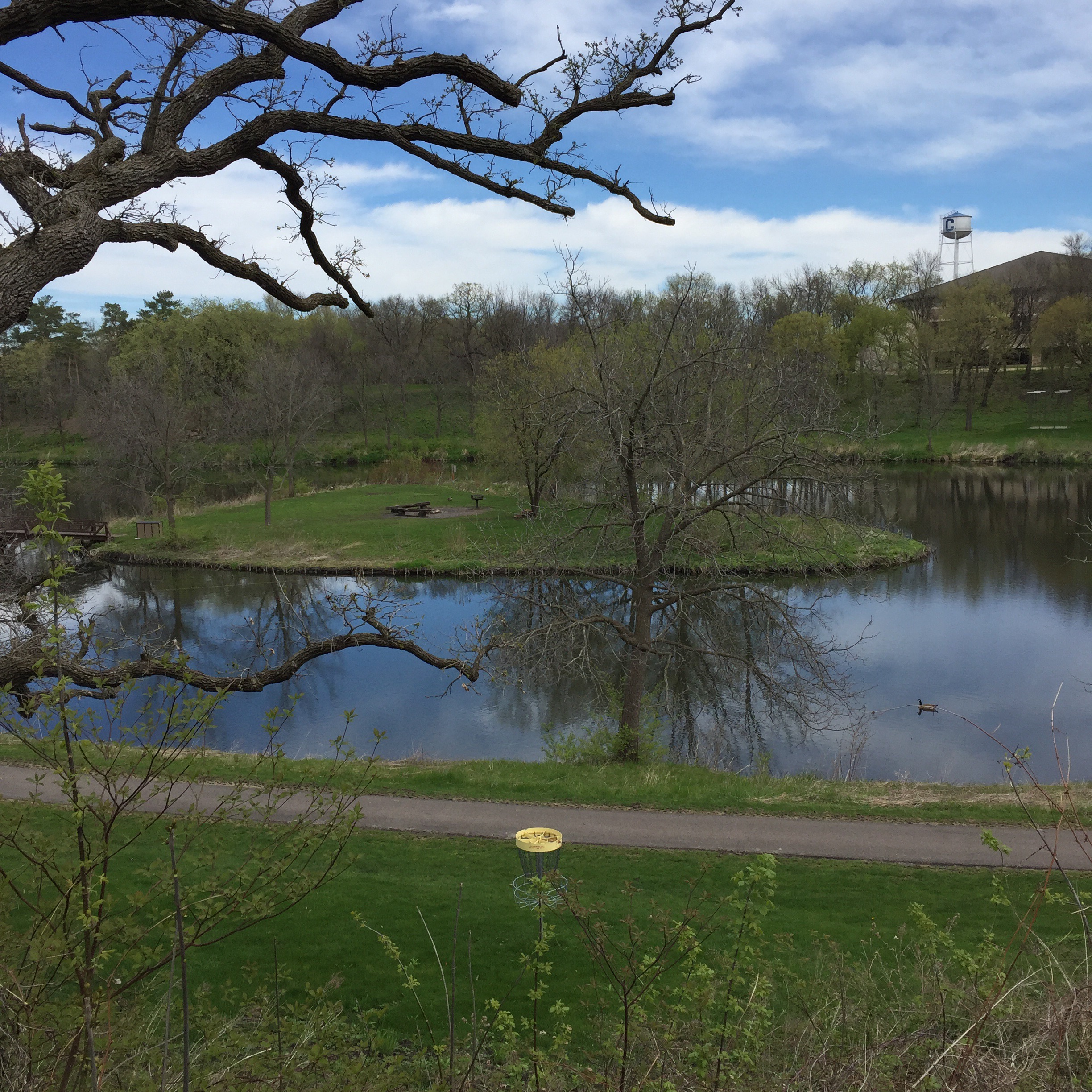 This picture, man. It captures so many aspects Carleton. First, the greens and blues of the trees, grasses, water, and sky! It’s easy to forget the unusual gorgeousness of campus – true in all seasons but especially pronounced in the spring.

Second, there’s the island in the middle of the scene: Mai Fête Island, site of dance parties and general merriment in the 1920s and 1930s. Now it’s a quiet picnic spot, occupied in this shot by two of the geese that take over the Lyman Lakes (really just a wide spot in Spring Creek as it flows toward the Cannon River) and some gorgeously mature trees. Plus naturally one of the college’s three-bin trash/recycling/compost containers.

In the distance, the Recreation Center and, beyond it, the highest spot on campus, the college’s shiny water tower, with its bright blue C on each side. The trees of the Arboretum run north and east from those two landmarks. More green, and onmy maybe a third of the  way to the plush verdance they’ll display in a few months.

In the foreground, the east-reaching branches of the gnarled old oak that clings to the hillside above the lakes, a newish paved path intended to keep students from using the shoulder of the highway to walk from campus proper to the Rec, and a disc golf goal. I don’t think I’ve seen more than ten people playing disc golf there in my ten years of waking the route.

Just out of the left side of the frame is a functional tin-can telephone. Some student installed it a couple weeks ago, bolting one terminal to a fence along the sidewalk running next to the oak. You can just baaaaaaarely see the yellow line running over the water just above the lowest oak branch down to a post on Mai Fête. So bizarre and so Carleton. I have to find the time and a partner to try it out.

One thought on “College Spring”