On our family trip to the Black Hills in South Dakota, I was – but should not have been – surprised by the volume of stuff related to George Armstrong Custer, famous for getting killed with all his men at the Battle of Little Bighorn by a massive Native American army that was, among other goals, fighting the encroachment of white settlers in places like the Black Hills – Ȟe Sápa in Lakota.

As it happens, I’d seen T.J. Stiles’ new biography of Custer at the bookstore back home in Northfield, so I picked it up, eager to learn more about this famous figure, whom I only knew as a Civil War officer and an Indian fighter. Understanding Custer as more than those two roles is Stiles’s task and accomplishment. 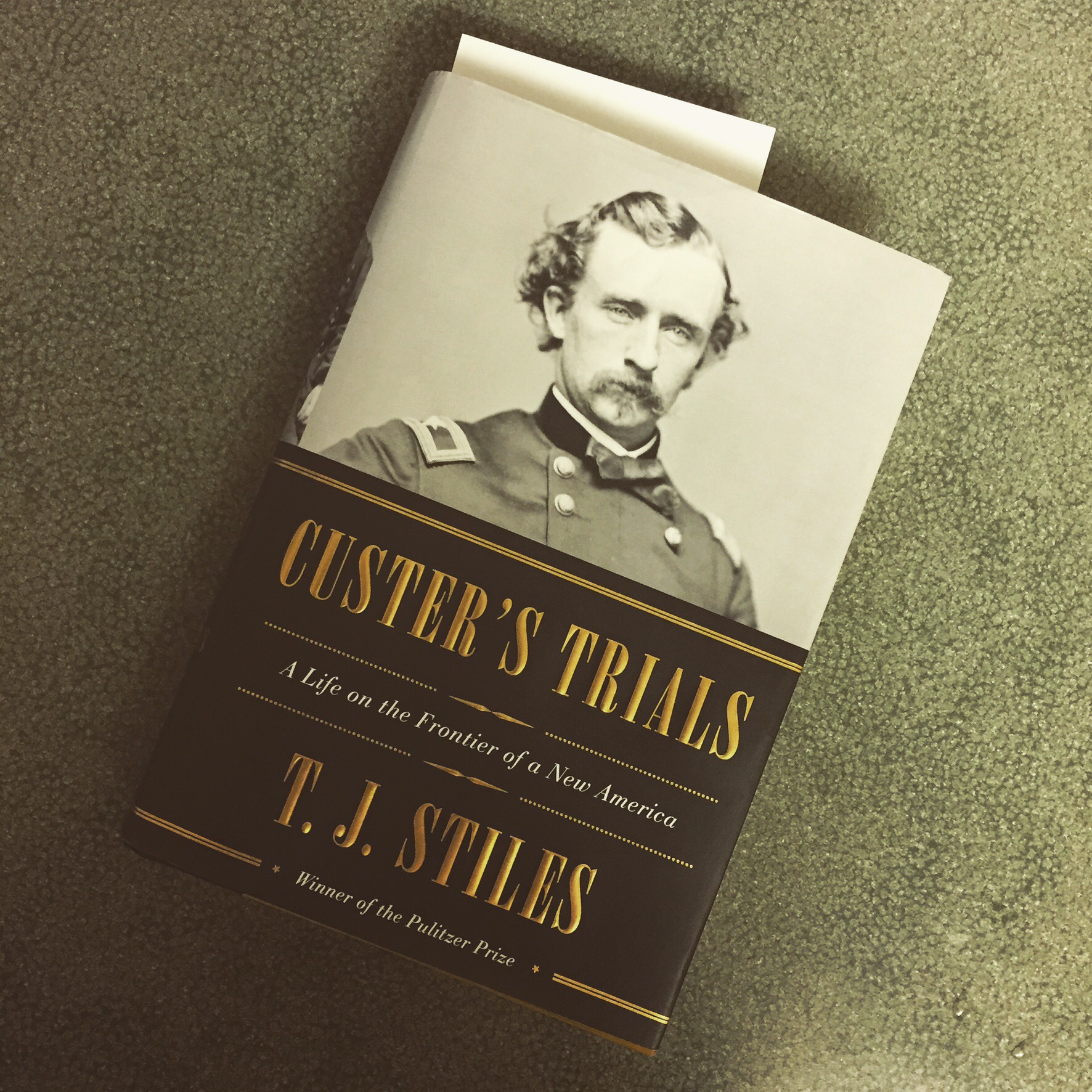 Stiles expertly structures the book around a series of “trials” (including several actual trials: courts martial for various offenses) that Custer precipitated and endured over the course of his full but short life. (Custer was only 36 when he was killed and mutilated at what the Indians called “Greasy Grass.”) Beyond Custer’s undeniable skill as a battlefield commander in both the Civil War and in various theaters of the Indian Wars, the man was, in brief, a bastard: a vicious disciplinarian, a philandering husband, an inveterate gambler, a preening dandy, a failed stock speculator, a Confederate sympathizer, an scheming careerist, an out-and-out racist…

Stiles makes clear that in all these things, Custer was both a product of his times and a producer of them – as everyone is, though not usually to such an extreme and often appalling degree. Custer shaped and was shaped by a rapidly-changing America where what we might call a rugged individual (at least if he was white and male) was being submerged in an increasingly sophisticated, urban, and anonymous society, one more familiar to us, 150 years after Custer’s ignominious death, than the one into which the man had been born.

By the end of the book, I at least was eager to see Custer get what he had coming. And there Stiles dodges, holding Little Bighorn at arm’s length by examining the disaster through an official inquiry into its cause. Fittingly, part of that cause was Custer’s impetuosity and bloodlust: he wanted to exterminate the Indians whom he saw impeding the rightful expansion of the United States. Instead, the Indians forestalled that expansion, at least a little, by exterminating Custer’s force – and in a neat trick of history, assuring that he would never be forgotten.