For several months now, the girls have been encouraging me to read some Neil Gaiman books. Okay, maybe *luring* me into etc. etc. 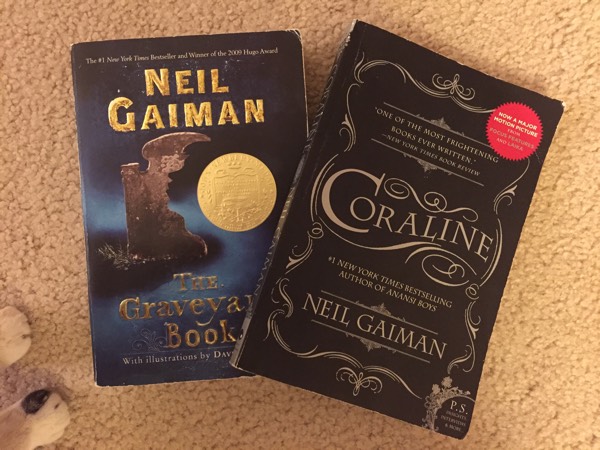 Earlier this week I finally picked up *Coraline*, expecting to read a few chapters before bed. Three hours later I finished it, thoroughly creeped out.

After giving myself a few days to recover, I started *The Graveyard Book* on Friday evening. I was able to stop reading at midnight, which gave me the pleasures of some creepy dreams that night and of enjoying a little whiskey while finishing it tonight. If anything, Bod’s ordeals were even scarier than Coraline’s, though nothing can top this exchange between Coraline and her eye-buttoned other mother: 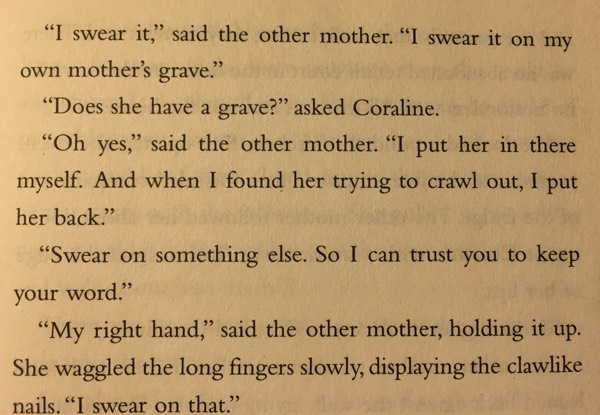