Carleton’s Class of 2013 arrived today, trickling in all day to the cheers of a big group of current students who assemble at the entrance to campus and shout out a welcome every time another jam-packed car rolls through. The Bald Spot (and the colossal circus tent in its northwestern corner) slowly and steadily filled up, until, around dinnertime, it was probably the most dense mass of humanity in Northfield. I hope that all of the new students had a great day and can now have a great new student week, leading into the start of classes next week.

And but so, arrival day is the best day for on-campus peoplewatching. The parent-and-kid(s) groups wandering through the campus center all day were funny – but not quite as funny as they were a few years ago, since those kids are now closer in age to my daughters than to me. Some of the kids looked dazed, some a bit confused, others laser-sharp, but most looked happily engaged with a great new adventure.

On the other side of the generation gap, I’m amazed (as I have been every year) at how mothers and daughters dress so much alike, and how fathers and sons don’t – tank tops for both moms and daughters, but polos for dads and t-shirts for sons. I’m also amazed at how people will eat popcorn at any hour: quite a few dads were flat-out chowing on big bags of it at 9:30 this morning. I guess the continental breakfasts at the AmericInn weren’t filling enough.

For my money – $2.44, for a cup of coffee and a caramel roll at the snack bar – the most interesting part of arrival day occurred a few feet past the table where new students were getting their ID cards (and just a bit further from the popcorn cart), along the wall where three banks – two local banks and Wells Fargo – had set up tables. Each of the local banks had two employees at their tables; both of these employees stayed in their chairs behind the tables, leaning well back from the inert stacks of forms and literature on them. Wells Fargo, on the other hand, had four or five reps – all young women in WF red polo shirts – out in front of their table, cheerily greeting parents and students and handing over brochures. One guess as to which bank was opening the most new accounts.

Julia on the first day of preschool on September 6, 2007 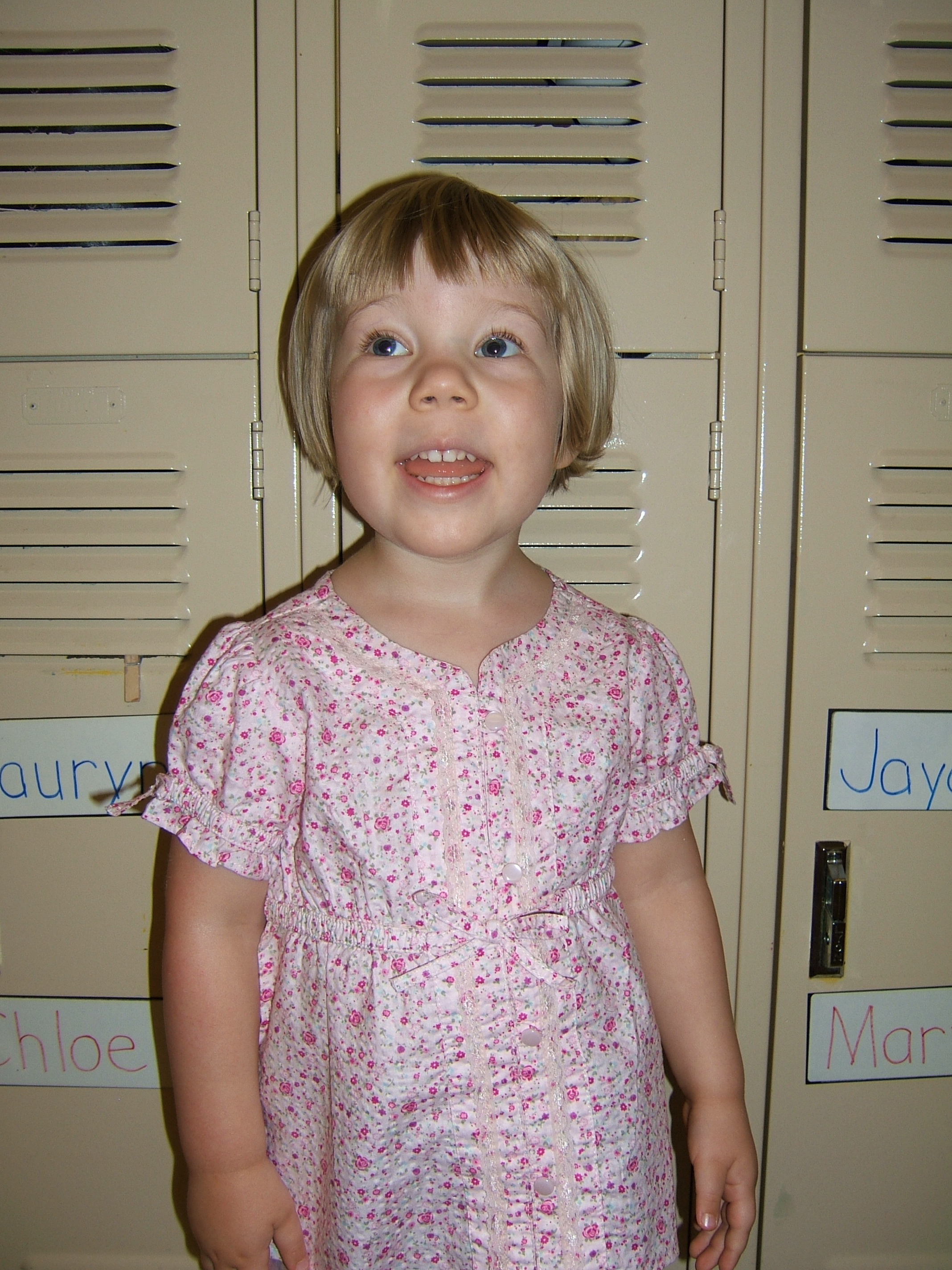 (For what it’s worth, she still wears this shirt.)

Genevieve at preschool orientation on September 8, 2009 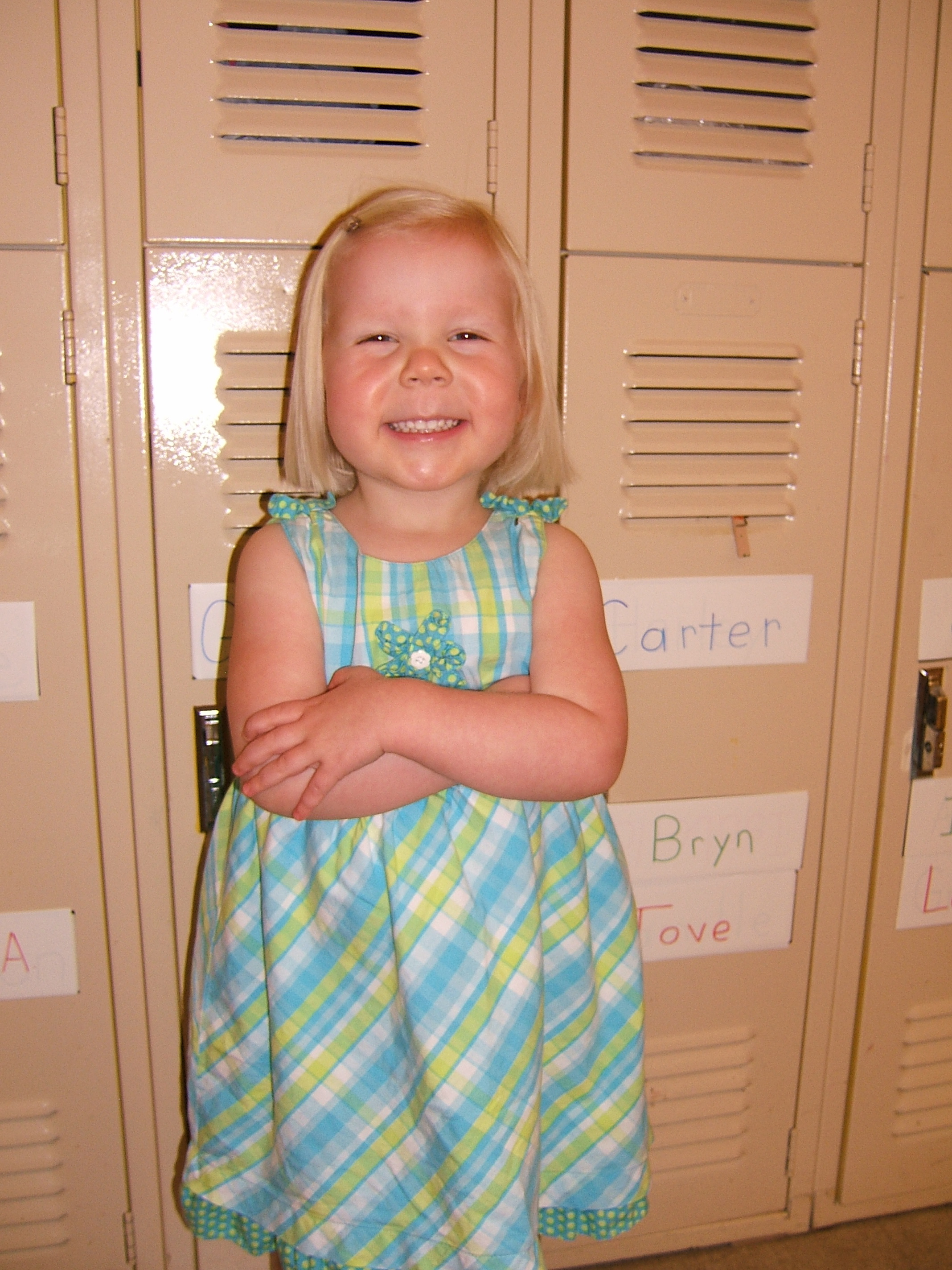 (For what it’s worth, Julia wore this dress to preschool orientation, too.)

The first day of school was a BIG HIT.

The girls, waiting for the bus to kindergarten. Yes, they are fired up and ready to go! Julia, about to get on the bus to the first day of kindergarten! Vivi at preschool orientation – which was as exciting for her as the real first day, on Thursday. Plus: toys you can sort!