Here are 63 seconds of the girls biking on Saturday, May 17, in our neighborhood park. They might be going slow, but they’re working hard.

Now that the girls are such good, fast bikers, this is what I usually see on our “walks.” Unless this is what I see: the rightmost pink speck is Julia, speeding away from me. As promised yesterday, here’s my drawing of Mai Fete Island, as it appeared on the night of May 13, 2009. (Click here for a larger image or here for a giant image. – and many thanks to Tucker in the Carleton PEPS group for shooting the drawing!) The drawing class I’ve been taking this term culminating with assignments that demand the integration of various discrete skills we had acquired (and, to some degree) honed earlier in the term. For Thursday’s session, we used black and white Conté crayons to draw a complex scene on a huge sheet of very dark, very heavy paper.

Throwing out some ideas for suitable drawings, the prof suggested trying to to draw a night scene. Since I don’t have many daylight hours in which to do any outdoor drawing, I headed down to the Lyman Lakes on Wednesday night to draw Mai Fete Island after dark. This is roughly the scene I saw – a pretty good test of looking slowly, closely, and carefully. I dunno how I did, in any objective sense, with the drawing, but I’ll try to post it tomorrow, just for comparison’s sake. My trip to New York City turned out to last exactly 36 hours. Of that time, I spent one-ninth in the meeting that was the reason for going; one-sixth asleep; one-fourth traveling by planes, trains, and automobiles; and one-ninth either walking around or running (I highly recommend the “big loop” in Central Park). The rest of the time was spent eating, seeing the Brad Mehldau Trio show at the Village Vanguard, recuperating in my hotel room, or just soaking up some tiny fraction of the city.

Though this was only the second time I’ve been to NYC, I felt like I had a decent handle on things. When trying to go three blocks uptown to the park, for instance, I didn’t first walk ten blocks south. But as I had been in 2006, I was most impressed this time around by the sheer scale of the place. I mean, there must have been most of the population of Northfield standing at the corner of Broadway and 44th in Times Square at 10:30 last night. Not really, but close: Given these crowds, the people-watching is, of course, unparalleled. Having some pizza and then a beer before the Mehldau show on Friday night, I enjoyed some ridiculously wonderful sights, such as the numerous couples (male-female, male-male, and female-female) who were clad entirely in black, or in black with a bit of white (the rocker chick with a white belt, the dapper old man with a white fedora). Despite the fact that it was 70 degrees and muggy, I saw almost nobody wearing shorts – except, tellingly, crowds of tourists (like the herd of kids in purple “Greenvale Band Trip 2009” t-shirts). Conversely, there were plenty of people, most of whom looked like Manhattanites, wearing unseasonal stuff like fleece jackets, puffy vests, heavy scarves, turtleneck sweaters, and Uggs. Very odd.

If I could have captured anything on video, I would have loved to have a clip of a hipster who, in trying to beat the don’t-walk signal, nearly tripped over the six feet of cable dangling from his gigantic headphones. He ended up hopping a few steps while he extracted his foot from the loop. If I could have taken a single snapshot, it would have been a picture of the silver-haired matron in the oversized glasses and black neoprene-looking jacket who was sitting outside the bar, chainsmoking Pall Malls pulled from a beautifully ornate silver cigarette case.

Given this visual feast, the aural feast was great too. I overhead some choice lines while walking downtown and then back uptown on Friday night:

All this is by way of saying, I can’t wait to go back.

Today, Julia’s class at Northfield Nursery School had a wonderful little field trip to River Bend Nature Center in Faribault. The kids got to see some spring flowers, examine the bark on various kinds of trees, overturn logs to see what sorts of creatures were underneath, and even dip their hands in a pond that was ringing with spring peeper frogs and dotted with turtles. (We counted 16!) In short, they had a blast. Here are the little naturalists checking out the slimy, scaly things found under wet, rotting logs. (Julia is in the middle, in the sunglasses.) 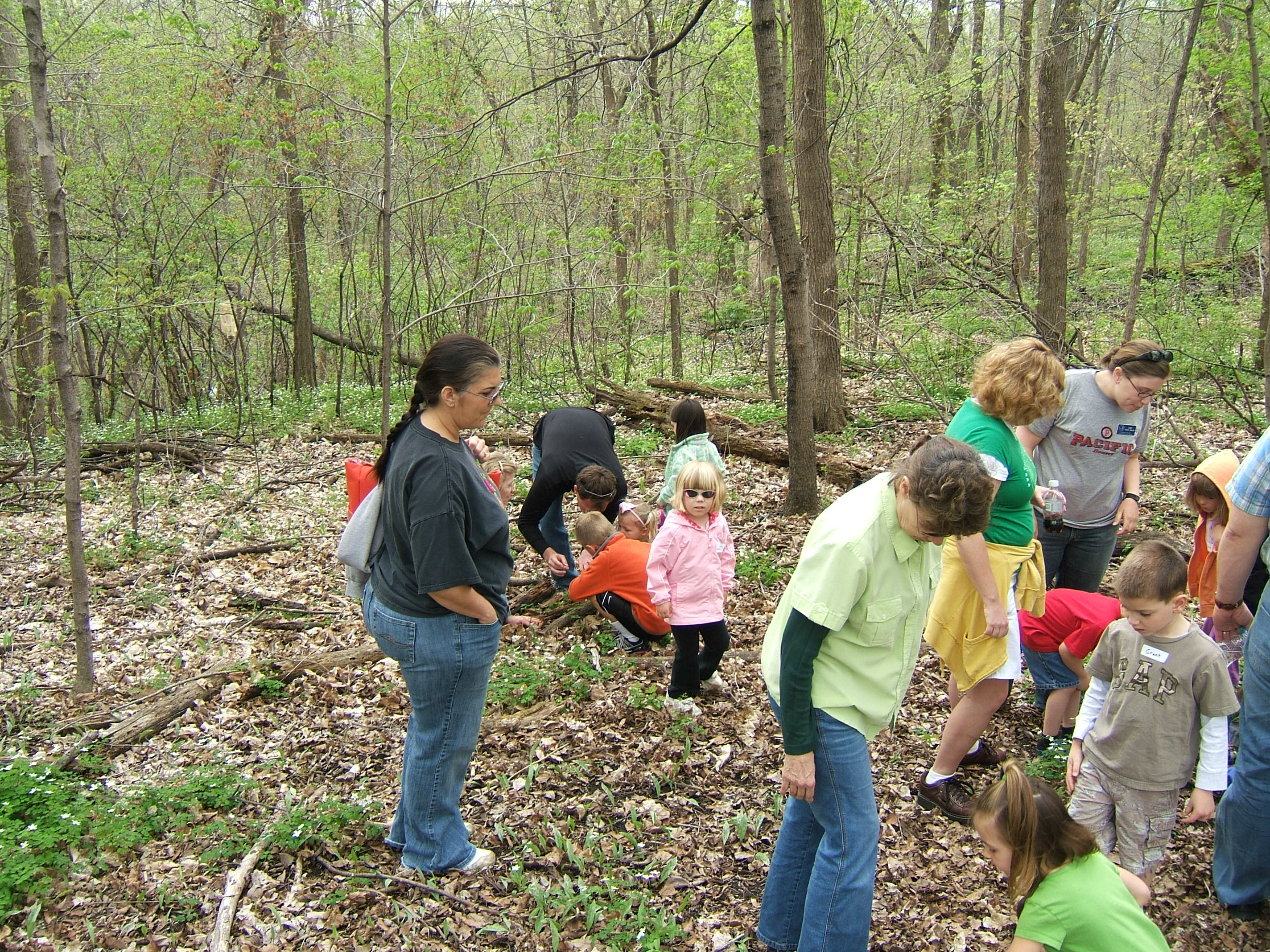 By my count, the girls and I spent at least five hours outside in today’s gorgeous weather. In the morning, we went to campus to explore the “Council Ring” near the Rec Center. The girls loved climbing the stones, and then we trooped around the Lyman Lakes and threw pebbles in the water. What is it about throwing rocks in water that can captivate kids for so long?

In the afternoon, we stayed closer to home, making a trip to the neighborhood playground. This entailed my transformation into a pack mule. Click through for the annotated version. The Carleton Arboretum staff have been busy doing their annual “management burns,” which are used to rejuvenate the areas of prairie. The results are starkly beautiful – and it’s fun, over the course of a few weeks, to watch the green come back through the black. Well, new to me. I’ve never noticed this beautiful evergreen in the Carleton Arb, even though I’ve passed it hundreds of times. It stands at the edge of the playing fields near the Rec Center, just south of the main doors. This morning it looked especially majestic. Tonight’s run was short but very sweet. The air was cool enough that my skin was pleasingly chilled the whole time (a weird, and weirdly enjoyable, sensation), but the sky was incredible. This hardly does it justice. (Full size on Flickr)