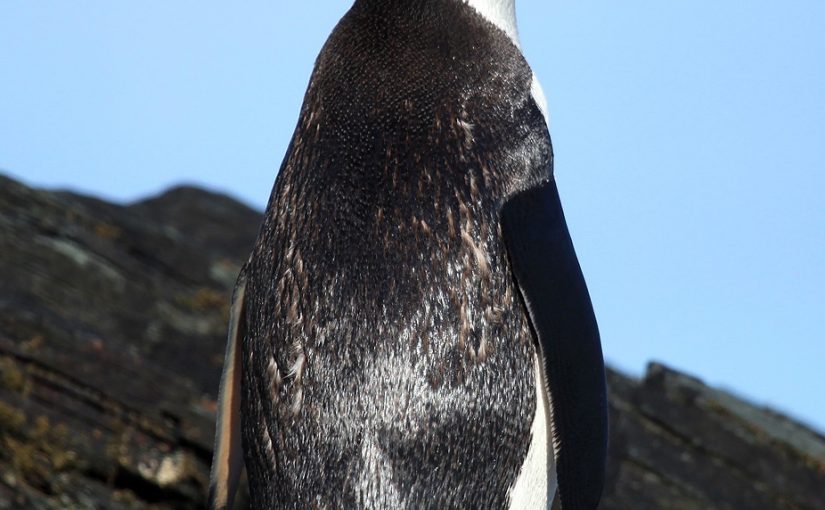 Like International IPA Day, Mother’s Day, or Christmas, Penguin Awareness Day – January 20 – is a made-up event that has a worthy purpose: to draw attention to one of the world’s most charismatic birds.

Penguins comprise 18 different species, but just seven are actually found in Antarctica and only four of those are found only in Antarctica. The other 11 live far and wide, from the Galapagos and Chile to South Africa, Namibia, and Angola, all the way to Australia and New Zealand.

What distinguishes penguins isn’t adaptation to cold, but adaptation to water: they’re all superbly aquatic, having turned the skill of flying into swimming. Though they look comical on land, they’re actually surprisingly adept at moving on solid ground (or ice). The Emperor famously migrates hundreds over miles over ice to open ocean, and many smaller species climb mountainous island terrain to find nesting sites. All penguins are social and monogamous, and all are also stone-cold killers that eat lots of crustaceans and fish. Plus, they (like many birds that live on or near the ocean) can drink seawater and excrete the salt.

We could see five of the seven Antarctic penguins on our cruise of the Antarctic Peninsula: the gentoo, rockhopper, macaroni, Adélie, and chinstrap. We won’t see the pretty big but sleek King, which lives on islands we won’t visit (including some in the Indian Ocean),

or the larger, rounder Emperor, which mostly lives in colder, icier parts of the continent (though a couple colonies are in the area we’ll visit).

The Emperor is the largest penguin, as its name suggests, and probably the only bird in the world that doesn’t ever touch land, living its whole life on pack ice.

Conversely, we should see lots of the smaller Adélie, which is the most widespread Antarctic penguin,

penguins, whose range seems to be expanding as ice retreats around the continent.

We will be luckily to see any Gentoo,

or macaroni, all of which are in decline, whether from the retreat of ice or, more likely, the loss of their prey to warmer coastal waters.

I’ll be pretty excited to see any of the birds, honestly. The penguin colonies are usually described as “teeming” and “raucous” and “smelly,” and though we’re strictly prohibited from approaching the birds, it’s apparently not uncommon for them to approach humans either on their way between land and water or to defend their territory. Being bitten by a penguin would be a novel experience.

So too would eating one, but that’s reserved now for orcas and seals. Antarctic explorers did have to eat a lot of penguins, and almost universally detested the meat, which was usually served raw or only lightly seared. American Frederic Cook, on the ill-fated Belgica expedition of 1897-1899, described the penguin steaks as akin to

a piece of beef, odiferous cod fish and a canvas-backed duck roasted together in a pot, with blood and cod-liver oil for sauce.

But Cook, and later explorers, ate penguin meat because its vitamin C prevents scurvy. I’ll just have some oranges.