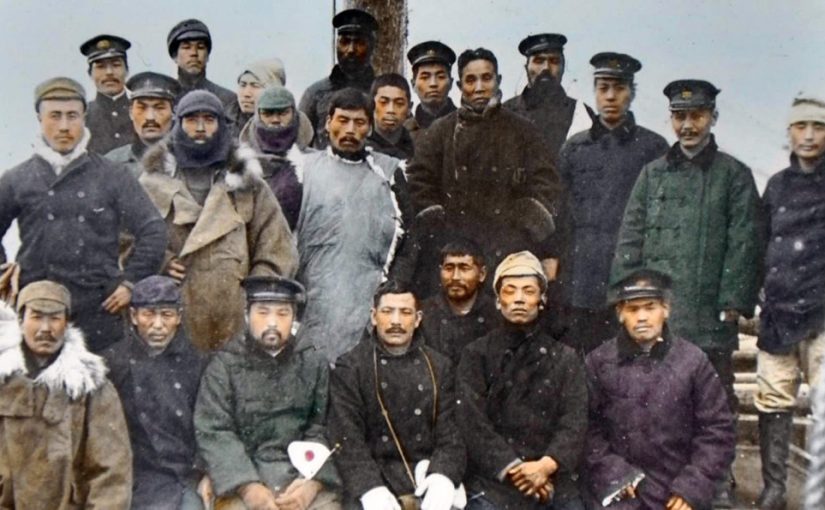 While Amundsen and Scott dueled to reach the South Pole first, another team – led by Nobu Shirase, an unknown Japanese soldier – was deep in its own expedition to Antarctica. Shirase had long aimed to go to the North and then to the South Pole, but his effort was slowed by a lack of interest in Japan – still emerging from shogun-era inwardness, and focused on building its Asian empire – and the concomitant lack of funding for the trip.

Halting attempts to reach the continent finally culminated in a push in spring 1911 that brought Shirase and his crew to the Ross Ice Shelf from which the Europeans had launched their treks south. Realizing that the he would never reach the pole first, if at all, Shirase decided on other goals. His tiny ship – the smallest exploration ship to try the Southern Ocean – ranged along the coast of the Ross Sea while Shirase and a few men made a dog-sled sprint as far south as they could, beginning on January 20, 1912 (110 years ago today). They turned around, nearly out of food, after 8 days, having ventured to 80º 5’ S – the fourth-furthest anyone had ever gone (after Amundsen, Ross, and Shackleton).

Amundsen had reached the pole exactly two weeks before; Scott was still heading south to his fate. Shirase sensibly headed back to his ship and then home to Japan, where he was briefly hailed as a hero. He spent most of the rest of his life paying off the debt incurred by the expedition. At least he’d looked like a complete badass during his expedition.