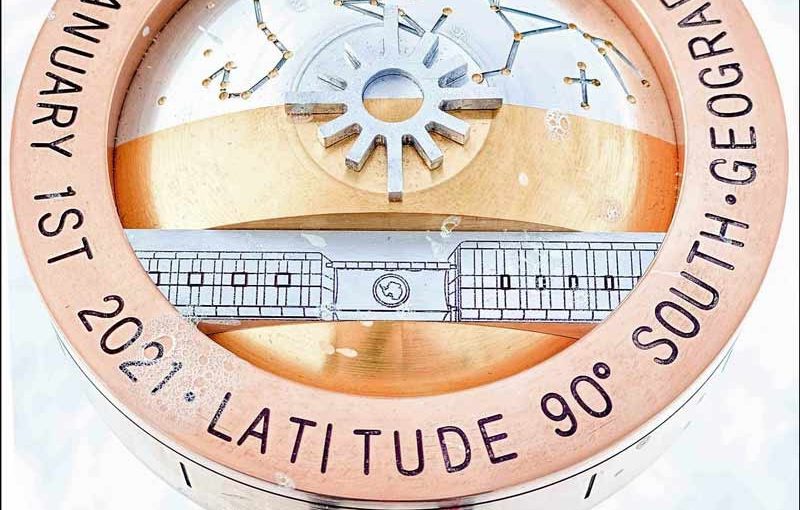 One reason I’d love to visit the South Pole is to see the literal South Pole:

The location of the literal south pole changes constantly as the ice at the South Pole flows, at a rate of about 6 feet a year. At least once a year, scientists at Amundsen-Scott station relocate the pole, topping it with a new marker. Here’s the 2021 marker:

And here’s the 2022 marker, which features the amazing “True South” design that’s an emblem of the snow and water of Antarctica.