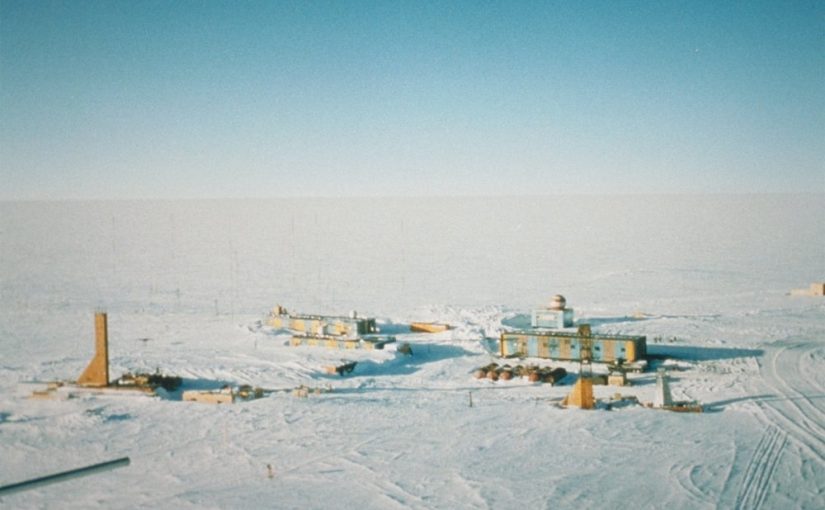 Antarctica is extremely extreme. Everybody knows it’s cold, but not only is it really cold, it’s also very dry, very high, very empty, very far from everything else…

Dry: obviously, very little rain falls in Antarctica, though the peninsula – the most temperate part of the continent – does see significant liquid precipitation: about 20 inches (500 millimeters) a year. Other coastal regions get about 8 inches (200mm) a year. Everywhere else on the continent, all the water falls as snow, and then only in tiny quantities that total about 2 inches (50mm) a year. The amazingly named “McMurdo Dry Valleys,” though, have a whole ‘nother thing going on:

In fact, scientists believe that in some parts of the Dry Valleys it hasn’t snowed or rained for 14 million years!

High: The average elevation across the continent is 1.5 miles (2,500 meters). The South Pole is a bit higher, at 1.8 miles (2,830m), and the highest spot on the continent, the Vinson Massif, is almost exactly three miles high (4,892m) – about half the height of Qomolungma/Sagarmatha/Everest, and the fifth highest of the Seven Summits.

Empty: Yeah, there’s not much there except snow and ice. No permanent human inhabitants, for starters. No terrestrial animals – no mammals, no reptiles, no amphibians. Just a few plants, all low to the ground, slow growing, and native to the few spots of open land near the coasts.

On the other wing, the continent has lots of birds, at least along the coastline, and of course lots and lots of ocean life, from fish and krill to marine mammals, including the elephant seal, which is the largest carnivoran! (This, I don’t quite understand yet: orcas are larger, but they’re not “carnivorans.”)

Cold: Even the Antarctica Peninsula, the warmest part of the continent, doesn’t get very warm. During “austral summer,” temperatures on the peninsula can rise to around 40º F (4º C), but are often below freezing, and can drop to 10º F (-12º C). The South Pole is way colder all the time: