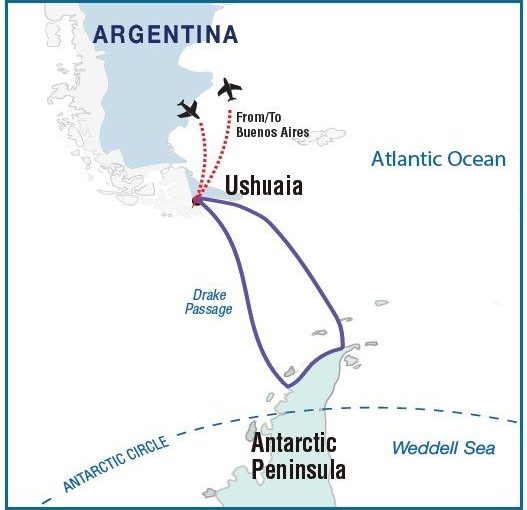 Antarctica has long been an object of my fascination. As this blog’s title suggests and many of its posts show, I love winter: snow and ice, cold and wind, leaden gray days and glowing blue ones. Ink-black skies, infinitely distant, studded by bright yellow stars or shining with a blue-green aurora. Paper-white skies, hovering overhead, releasing big gentle flakes or hurling tiny sharp darts.

What better place than Antarctica, then, to occupy my imagination? Winter, at a continental scale: colder, windier, drier, and emptier than anywhere else in the world. People lived in the Arctic, had thrived there for millennia. No one really lived in the Antarctic – and the canonical stories I read as a kid and as an adult showed why. The struggles of Amundsen and Scott, Nansen and Shackleton. The desolation of places like Elephant Island, McMurdo Sound, Vostok or Amundsen-Scott stations. The insanities of “sledging” across endless ice, of the temperature at the coldest place in the world, of miles-deep layers of ice, of the perpetual eruption of Mt. Erebus – and of penguins! Adorable, indomitable, almost more whale than bird.

So Antarctica has always been a kind of imaginary place to me, too far away and too hard to reach to even contemplate going. Antarctica and the South Pole are further, harsher, unfriendlier than the Arctic and North Pole, which seemed – growing up on the edge of Lake Superior – to be just a little bit past Thunder Bay. A couple flights and I could be in Anchorage or Fairbanks in Alaska or Iqaluit in Nunavut or Nuuk in Greenland (Kalaallit Nunaat). I haven’t actually been to those places, but I could be, right? I’ve never even really thought about going to Antarctica.

Until I heard that the college needed a staff member to join an upcoming alumni trip to the Antarctic Peninsula, the finger of land that crooks out from the continent toward the tip of South America. I volunteered, and incredibly, the higher-ups decided that I was up to the job – supporting the emeritus professor of geology who’ll do the hard work of teaching and helping 60-some alumni and friends who’ll be enjoying the trip. A factotum, for sure – but a factotum in Antarctica!

If all goes as planned, I’ll leave on January 27 for a fourteen-day cruise from Argentina through the Drake Passage in and along the western side of the Antarctic Peninsula. All told, we’ll spend about ten days visiting some of the innumerable islands that dot the Bellingshausen Sea as well as many spots on the continent proper. We’ll be a long way from the South Pole (about as far as Minneapolis is from Los Angeles! Antarctica is big), but still, it’ll be Antarctica: 17-hour austral summer days. Seals, skuas, whales, penguins. Icebergs, nunataks, glaciers. The South.