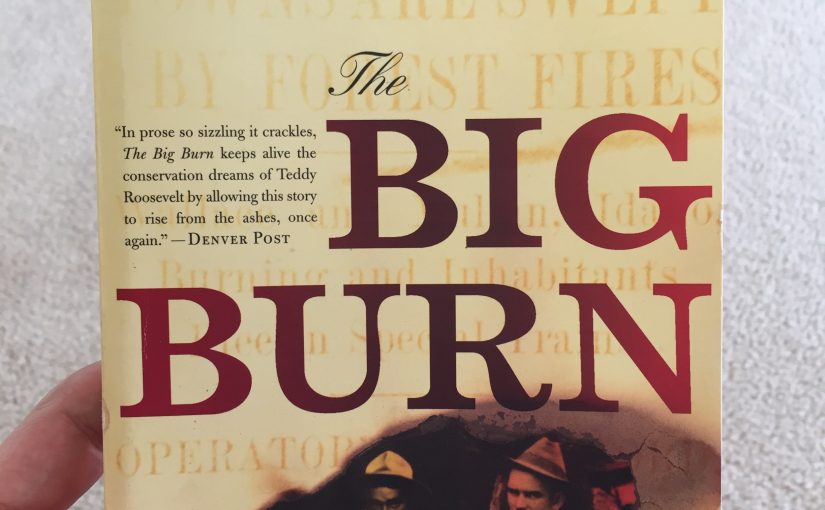 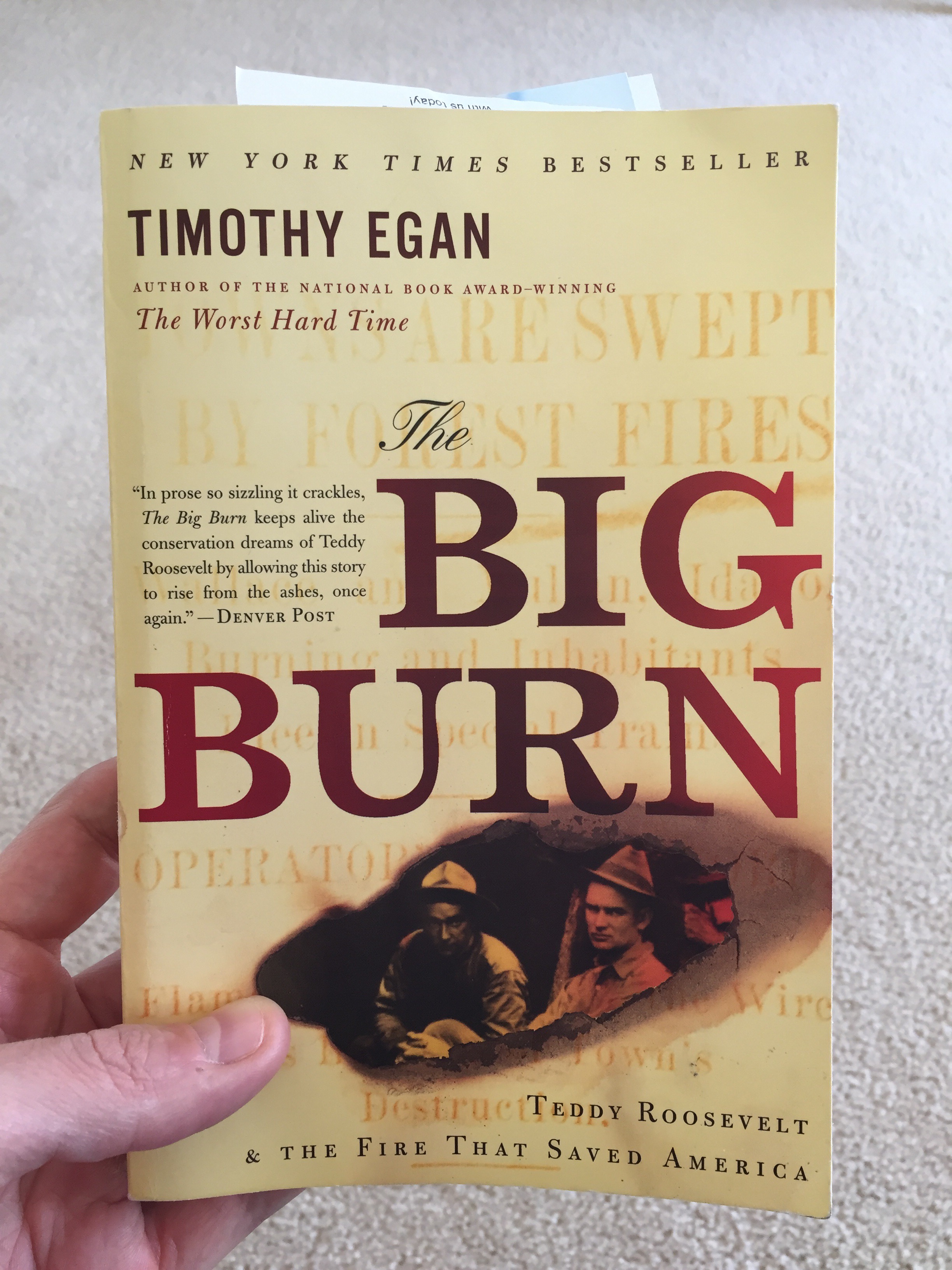 Last week I finally finished Timothy Egan’s The Big Burn: Teddy Roosevelt and the Fire that Saved America, a history of a massive 1910 wildfire in the northern Rockies. As I read the book, I realized that it fits into a wider set of recently-read books on the west and wildfires, including Philip Connors’ Fire Season (about time spent as a fire lookout in New Mexico), Norman Maclean’s short story/memoir “USFS 1919: The Ranger, the Cook, and a Hole in the Sky,” Rick Bass’s Winter (about his first winter in northern Montana), or a lot of the John McPhee I’ve been devouring.

Egan’s book is a little frustrating, though. As his (or his publisher’s) subtitle suggests, the book can’t decide if it’s the story of how Theodore Roosevelt and his forester Gifford Pinchot started the American system of forest reserves (and its guardian agency, the U.S. Forest Service) or the story of the Big Burn in and around the Bitterroot Mountains along the Idaho-Montana state line.

The former story (split across the book’s long and somewhat meandering first section and a shorter, quicker ending section) is interesting, and resonates now, at a moment when misguided public servants in Washington and throughout the West think it’s high time to sell off public lands to private interests – and not to the homesteaders who tried to colonize the Bitterroot forests at the turn of the last century. Roosevelt, typically, comes off as a heroic figure, right up to the point that he loses the three-way 1912 election. Pinchot is more complex – a visionary, a conservationist, a millionaire, a jerk – and more interesting for that complexity.
Neither Teddy nor G.P. figures in the story of the Big Burn, though, and it’s the fire itself – a natural disaster of Biblical proportions – that stars in the book, especially in the middle section, when Egan grippingly describes the origins and spread of the conflagration. Thanks to an unusually dry summer, some bad weather, and the inadvertent creation of an infinite amount of tinder by the Forest Service’s policy of fighting all fires, the Big Burn ironically defied the Forest Service’s efforts to fight it. Over the two days it raged, the fire laid waste to millions of acres of backcountry forest, destroyed several towns (not all of which were rebuilt), and killed 80-some people – not as many as might have been expected given the fire’s scale and scope.

All that is to say that the fire restored a massive swath of the American West. Its elemental power could not be resisted, only accepted or escaped. Some who accepted the fire did so against their will and tragically, dying in a variety of horrifying ways that Egan outlines in some of the book’s more compelling and terrifying passages. And some who accepted the fire survived, though often after suffering permanent injuries. Egan movingly describes several survivors’ unsuccessful attempts to obtain aid from the federal government. He does not, though, describe the forest’s own rejuvenation, which left me hanging. I wanted to read more about how the Bitterroot forests grew back, what they looked like ten, twenty, fifty, or a hundred years after the fire – a period when the USFS managed or mis-managed them for the benefit, offer, or big lumber companies whose effects on the land were apparently as bad or worse than the fire.

That the Western forests (and those in the South and East as well as in Alaska) were preserved or at least managed for the good of the country is what, I guess, the subtitle means, and so I guess that Egan does achieve that goal: showing how the calamity of the Big Burn focused conservationists’ energies on arguing, more or less successfully, that at least some of America’s lands needed to be held in common for the nation’s good. That’s a battle that we’re still fighting.