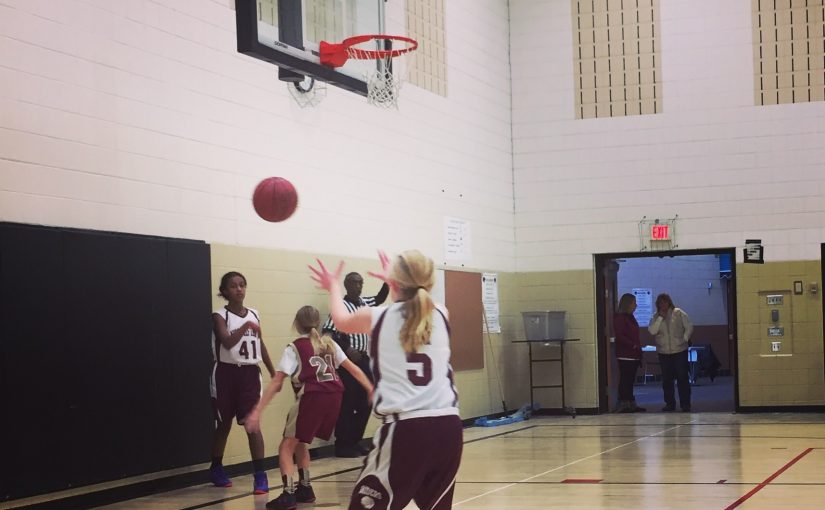 Today the girls both played in a massive basketball tournament hosted at, apparently, every public-school facility in Lakeville. With each girl playing three games at three different sites, we had to rent a car to ensure parental coverage of all the games. Since I’d missed a tournament while out west, I was selected to go watch Julia’s three games, while Shannon stayed with Genevieve.

I’ve been surprised at how much  watching the girls’ games wracks my nerves. Something about the team sport and the gyms (and the other parents) agitates me much more than either watching the girls at tae kwon do or riding bikes with them. And but so, I was thrilled to see that Julia – and her “C” level team of mostly novices – have improved by leaps and bounds in the last couple months. #5 played actively on both offense and defense and, to my happiness, mixed it up quite a bit – going after loose balls, grabbing the ball to force jump balls, even fouling an opponent. 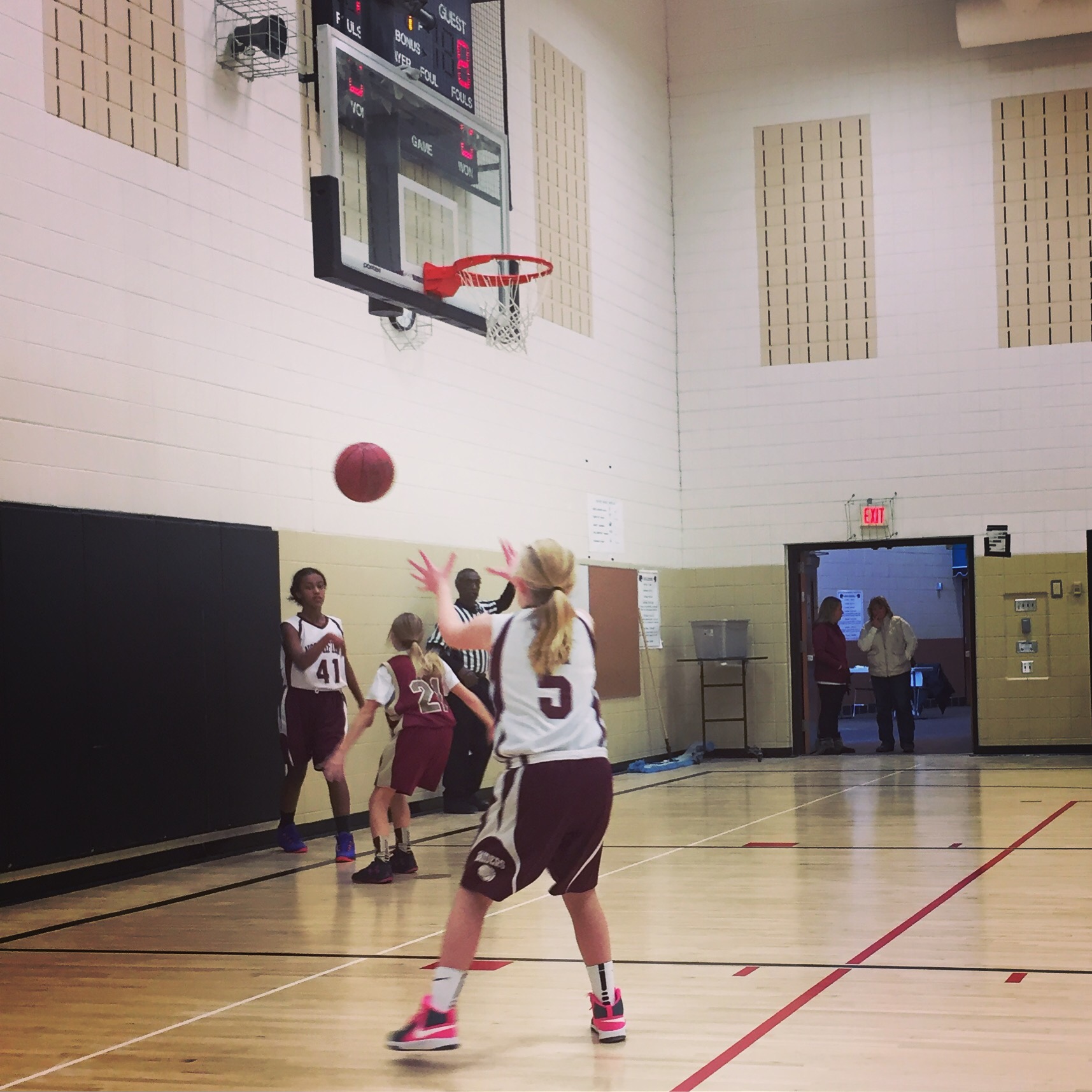 And! Owing to some missing players and to the need to make sure the “B” team was competitive in its games, Julia’s team had just seven players for their first game, five for their second, and six for their third. This meant that Julia got tons of playing time, including all 28 minutes of both the second and third games. The third, “friendship” game was a tight one in which the girls – visibly exhausted from the previous two games – first overcame a four-point deficit and then held a four-point lead all the way to the horn. The exhausted girls were elated to eke out the much-deserved win.