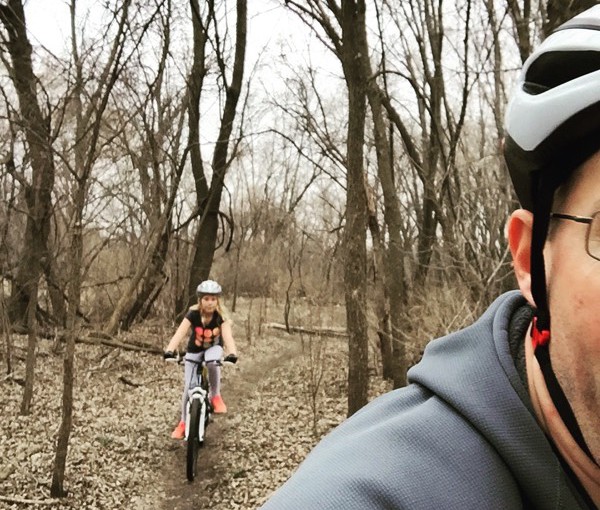 If there is one downside to my love of winter cycling – and there isn’t – it would be that my girls can’t join me out on the snowy trails. So as bummed as I am to see winter go (especially a short, mild winter like this one), I’m equally happy to go riding again with the girls, and even more so after we had so much fun last summer.

My spring cycling fever spiked on Friday when I learned that Northfield’s in-town mountain bike trails were scheduled to open for the season on Saturday.

But! When I told the girls this news, Julia said that she was too nervous to ride the trails again – and specifically that she was afraid of falling off the bridges at the trail. (This happened once last year, so it’s a semi-real fear.) I didn’t say much except that I hoped she’d change her mind, and went riding by myself on Saturday.

Sure enough, this morning she announced that she did indeed want to go riding – which made Genevieve upset because she couldn’t come along, being already committed to going to a party. Kids!

I calmed Vivi down by promising to take them next weekend to a nearby mountain bike park (what a burden!), and then Julia and I hit the trails. 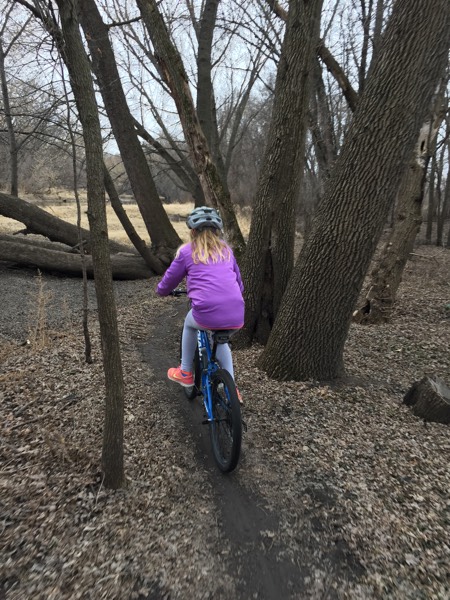 She did great, riding the bridges without any problems and re-conquering several features that she’d learned last year. She even insisted on posing for a picture: 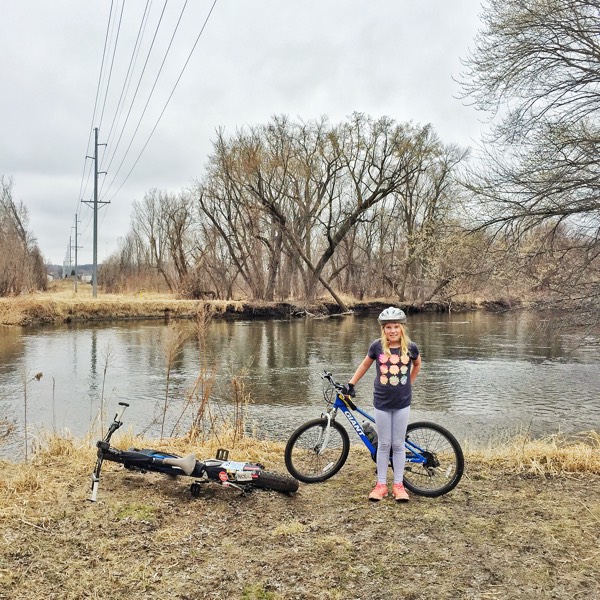 Altogether we rode ten miles in about 90 minutes, which is a great first outing of the season. In addition to the planned trip to other trails next weekend, we decided at dinner to sign up for a short gravel race near Northfield in May, and are thisclose to convincing the non-cyclist in the family to let them do a MTB race in the fall. Yay bikes!