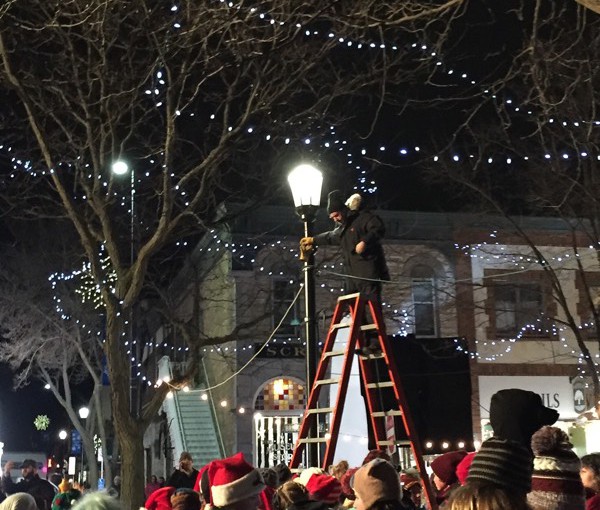 Tonight I spent three hours in downtown Northfield with Julia, waiting to see if her choir would have a part in a movie that’s being filmed in our fair city. It was both interesting and dull – the former, because, turns out, making movies is the latter. 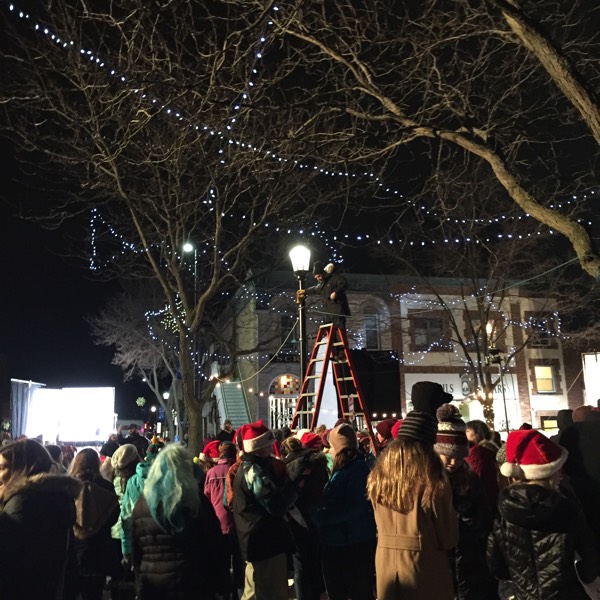 Julia was a trouper, though. We were first supposed to report at 5:30. When we arrived, we learned that the choir scene had been pushed back to after 7:00, and before 10:00. We went home and returned at 7. The group received some instructions from a (crabby) production assistant and practiced “Silent Night” for a while. 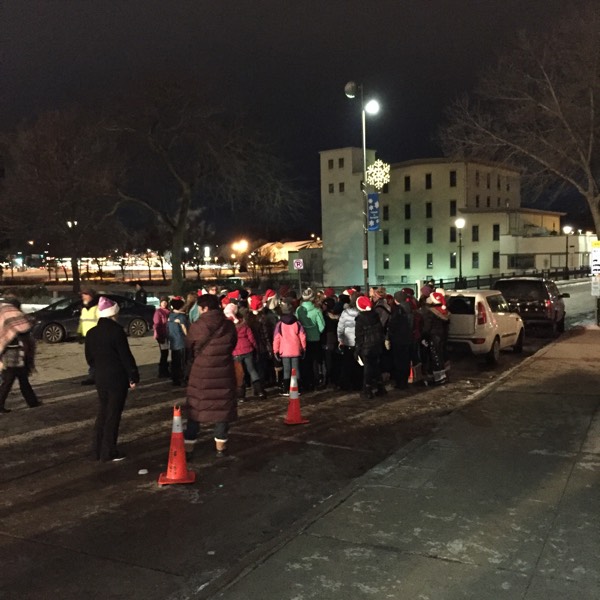 Then they waited. Outside, inside. Standing, sitting. Across the street, on the set. In a big group, in little pairs. Shivering, warming up. I had a coffee. And three cookies. Then some cocoa and two more cookies.

Meanwhile the director ran the same scene over and over and *over* – a couple actors come up the sidewalk, cross the street, and enter Bridge Square while townspeople mill behind them. The throng of townies shrank each time they ran through the scene.

Finally, around 9:15, he got it, and we received word that we needed to stay till 11 for *our* scene. Julia rolled her eyes and pronounced herself “done with this!” Riding home, she said she was a little bummed that she didn’t get to be in the choir scene, but that it still has been fun to see a movie bring made. I’m glad she saw the silver lining in the massive light reflectors.