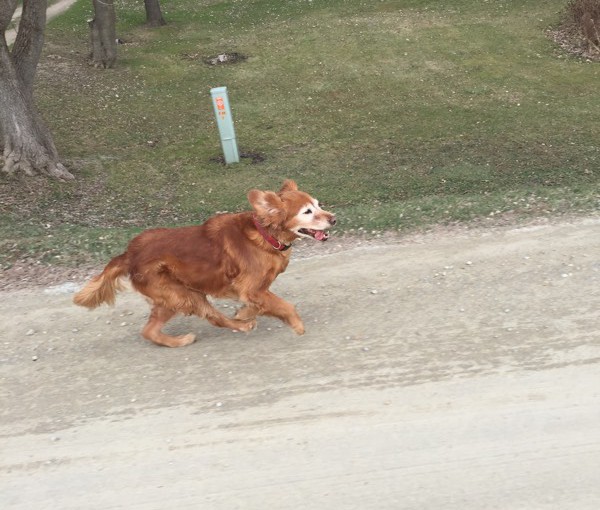 As a rule, I – like many cyclists – don’t enjoy encountering dogs on my rides. Some filthy cur bit me on the leg a few years ago, and while I didn’t contract rabies, this only heightened my concern.

Wednesday’s ride was no different. I had to squirt some water at one beast that ran at me from its driveway, and outsprint two other growling hounds that decided they needed to check me out.

Toward the end of my ride, approaching a stiff little climb, I heard a dog barking off in the distance. I figured that it was at the house at the top of the hill, but I took a wary look around anyhow, not wanting to get caught by some vicious mutt as I ground my way up the ascent.

Lo and behold, I discovered that I wasn’t hearing the barking of a dog far away, but the panting of one nearby – a shaggy but grinning golden retriever who was running right next to me. I reflexively veered away from him (her?), but he tracked my move and continued trotting along, glancing up at me and then slowing to cross behind me from one side to the other.

Figuring that I wasn’t after all in any danger, I finished the climb and, breathing easier, asked the pooch where he lived. Again he just looked at me, smiling, and I could see that he was a handsome old guy: 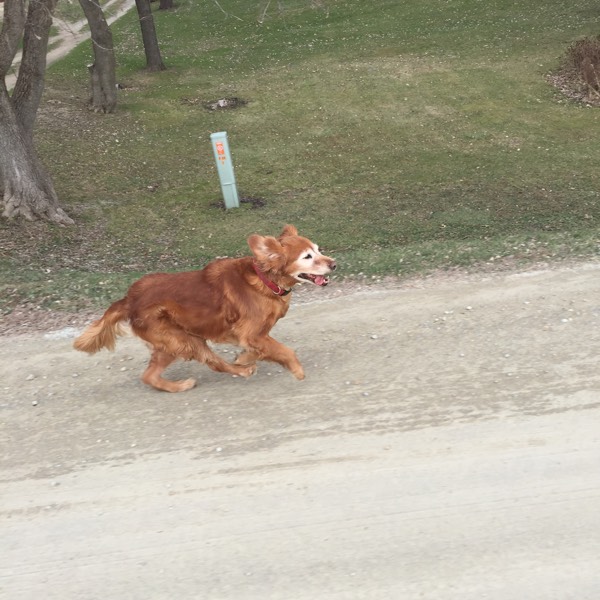 Recovering from the climb, I soft-pedaled for a bit, chatting with my new friend, who trotted alongside very easily. Finally he glanced back toward the hill, slowed, and peeled off, presumably to go back home for a well-deserved snack and drink and nap.