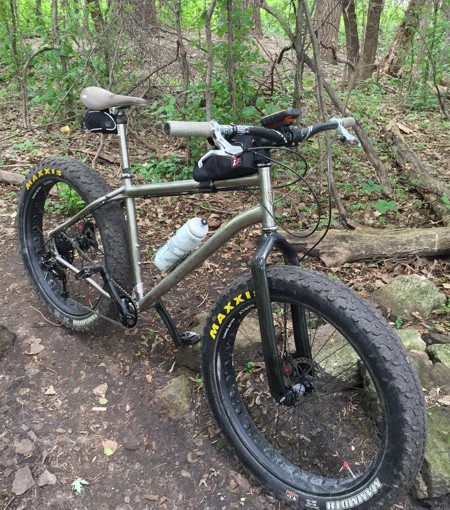 I’ve just set up the Buffalo for our next races. 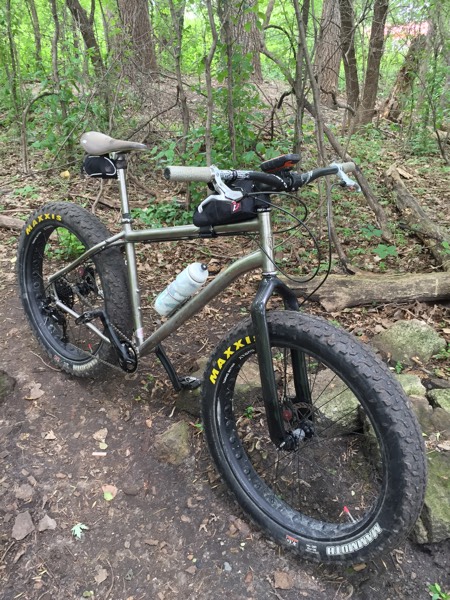 My first change was up front. I love my Jones bars, but I learned at the Chequamegon that they weren’t great for trail riding. I swapped them out for the pair of flat bars that Ben Doom put on the bike when he originally built it up. After about ten hours of riding, I can tell that the flat bars are much better for twisty-turny trail riding. I’ll put the Jones bars back on for next winter’s training and racing, when I want an upright cruising position.

The bigger adjustment was changing from a 2x gearing setup to a 1x setup – the SRAM X1 system. I’d had all kinds of trouble with the bike’s original 2x components (loose crank arms, rattling bottom bracket, crummy shifting) and I’d started to worry about a major mechanical failure. Tom at Downtown Bikes swapped out the old stuff for the new system while I was traveling last week, and After three hours on the new setup, the 1x seems to be a lot better in all these areas. My connection to the bike through the cranks and BB feels rock solid, and the shifting across the cassette is smooth and quick. I’m eager to see how the system performs at the Maah Daah Hey 100 on August 1 – and in my other races during the rest of this "off-season" and over next winter. I’ve gotta say, too, that the 1x feels pretty pro. 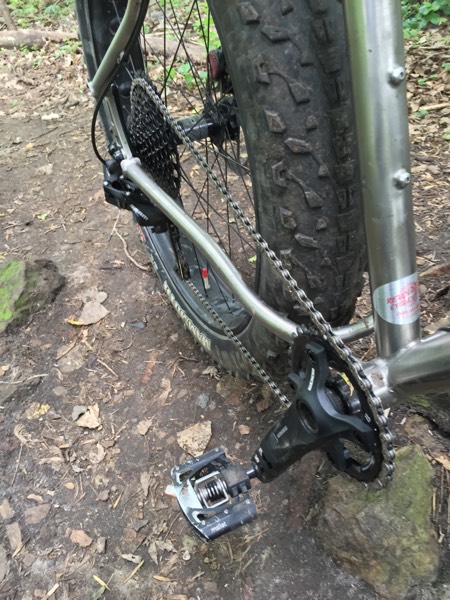 One thought on “Tinkering with the Buffalo”